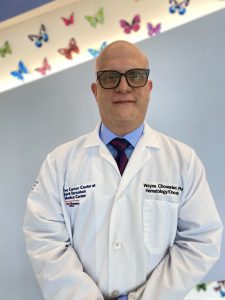 As part of this year’s annual recognition, the SBMC Advanced Practice Nurse (APN) Council announced that Wayne Chowaniec, MSN, ANP-BC, AOCNP, has been selected as the recipient of The Loretta Ford Award, the organization’s very first Nurse Practitioner Award.

Wayne’s dedication and commitment to his patients, colleagues and public is unparalleled. His compassion, team building, problem solving and ability to provide optimal care epitomizes the role of a nurse practitioner. Wayne not only provides evidence-based, patient and family centered care, but serves as a role model for others. Many request consultations, discussions, and assistance from Wayne. He is the focus of his department and a valued member of the health care team at SBMC. The APN council congratulates Wayne on his achievements.

The award is named for Loretta Ford, a pioneer in creating a nurse practitioner model that combined clinical care and research to increase access to health care. In the 1960’s, she cofounded the first pediatric nurse practitioner program at the University of Colorado. Since then, the model has evolved and grown to encompass many different areas. 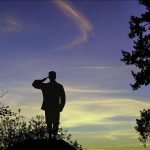 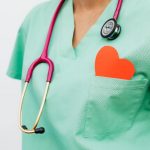