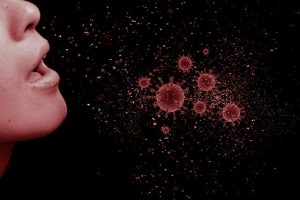 Researchers at the Massachusetts Institute of Technology say they figured out a way to gauge whether a person has COVID-19 just from the sound of their cough.

The tool uses neural networks that can detect the subtle changes in a person’s cough that indicate whether they’re infected, even if they don’t have any other symptoms. Asymptomatic people infected with COVID-19 are a vector for the virus that’s particularly tricky to manage, in part because they’re less likely to get tested. Thus, carriers could infect others without even realizing it.

But even asymptomatic carriers have one tell that shows they’re infected, MIT researchers found. It’s all in the cough.

The difference between a healthy person’s cough and the cough of someone infected with the virus is so slight that it’s imperceptible to the human ear. So the team developed an AI to detect these minute differences using tens of thousands of recorded samples of coughs and spoken words. And it’s been ridiculously accurate in early tests, recognizing 98.5% of coughs from people with confirmed COVID-19 cases, and 100% of coughs from asymptomatic people.

Here’s how it works. One neural network gauges sounds associated with vocal cord strength, while another detects cues related to a person’s emotional state, such as frustration, which can produce a “flat affect.” A third network listens for subtle changes in lung and respiratory performance. The team then combined all three models and overlaid them with an algorithm to detect muscular degradation.

7 Reasons Why I Love Being a Nurse
Time’s Up in Health Care
The Incivility is Unacceptable!
Quick Links
Upcoming Events 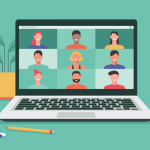 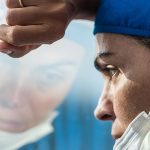