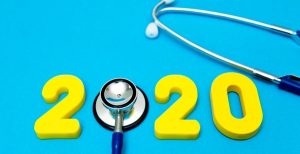 Learn what more than 4,000 nurses from across the country are saying about important issues—from bullying to COVID-19 to salary.

The results of American Nurse Journal’s fourth annual Nursing Trends and Salary Survey reveal much about nursing during this tumultuous year. Despite the COVID-19 pandemic and associated challenges, 85% of survey respondents say they would still become a nurse if they had it to do over again. This has not changed significantly in the past 2 years (84% in 2019, 85% in 2018). However, individual responses and comments were likely influenced by the burden of local coronavirus outbreaks on a respondent’s employer and how individual nurses’ and their families’ health have been impacted. Here’s more about what nurses are saying.

COVID-19 and the nursing workforce

More than two-thirds (69%) of respondents say they’re satisfied with their employer’s response to COVID-19, with 23% being totally satisfied. More than half (58%) say their organization is well prepared or extremely prepared to handle a surge in patients from a pandemic, natural disaster, or other reason for a sudden influx of patients. However, that means over 40% don’t think their organization is prepared.

A total of 69% of respondents said they’re satisfied with their salary/compensation, and 75% report satisfaction with benefits provided by their organizations. A full 87% of respondents receive paid time off, including sick time and vacation.

Here’s some insight into nurses and length of employment:

Satisfaction with current job, salary/compensation, benefits, and amount of authority were fairly comparable between clinicians and managers. Both groups also reported fairly high satisfaction with peer and supervisor relationships.

Bullying and violence among coworkers

Almost one-fifth (18%) had been verbally assaulted or bullied by their manager.

About half of respondents (46%) say they intervened when they witnessed workplace bullying. Only 8% didn’t intervene (46% didn’t witness bullying during that time). Many (38%) reported the incident verbally. Of those who reported, only 27% were satisfied with how the situation was handled. One possible explanation for this low number may be that managers aren’t always able to share specific interventions with staff.

The survey also found that less than 2% of respondents had been physically assaulted by another employee or healthcare provider. Less than one in ten (8%) reported experiencing sexual harassment, and 58% of those didn’t report the incident.

Bullying and violence from patients and their families

The most common reasons for not reporting the incident were the belief that the incident wasn’t serious enough to report (51%) and that nothing would be done about the situation (40%). Of those who reported, only 56% were satisfied with how the situation was handled.

More than one-third (36%) of respondents say they had been verbally assaulted or bullied by a patient’s family member or visitor. Most (45%) reported the incident verbally.

Almost two in ten respondents (18%) report having been physically assaulted by a patient. Most (47%) made a verbal and written report, with 30% making only a verbal report. The most common reasons for not reporting were the belief that the incident wasn’t serious enough to report (50%) and that nothing would be done about the situation (40%). Of those who reported, only 48% were satisfied with how the situation was handled.

The survey also reveals that organizations are working to address these issues. Most respondents (78%) say their organizations have been supportive in reducing workplace violence. More than three-quarters (77%) have received or arranged for training in how to de-escalate patients, family members, or visitors who become agitated. Of those who have had training, 85% find the training helpful and 71% have applied the training in practice.

Nurses reveal what’s most important to them

Respondents were asked to pick three aspects of nursing that are most important to them. The most popular responses were the following:

Out with the Old and in with the New
Virtual Nursing: What is it?
Commission Reflects on Nurses’ Vast Contributions...
Quick Links
Upcoming Events 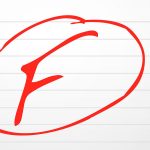 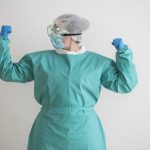 How 2020 Change a Nurse ForeverNurses Weekly