What Will It Take? When Will We Act? 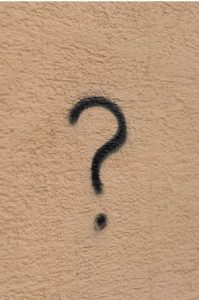 Once again, we are sickened by another school shooting and the loss of children and teachers who tried to protect them from being mowed down by an assault weapon in the hands of an 18-year-old boy. This time Uvalde, Texas, is grieving for 19 children and two teachers, and it’s less than two weeks since a shooting in a Buffalo grocery store left 10 dead. Of course, we immediately see the messages from legislators offering their condolences and thoughts and prayers, but no promises to change anything. If not them, then who can?

I remember the awfulness of treating the occasional pediatric gunshot victim when I worked in the ER—usually an unintended target who was caught in crossfire. It was gut-wrenching, the kind of thing that should be a “never-event.” Today, ER nurses, paramedics, and physicians see young gunshot victims far too often. I don’t know how they can do it day after day, trying to comfort parents while dealing with their own trauma.

The leading cause of mortality in children and adolescents.

Firearm deaths are now the leading cause of mortality in children and adolescents (ages 1 to 19 years) in this country, according to a recent analysis by researchers at the University of Michigan reported in the New England Journal of Medicine. How can we continue to do nothing as our children, our families, our neighbors are killed in places where they should be safe: schools, churches, grocery stores, community events?

In 2014, AJN published “Guns and Nurses,” a thoughtful Viewpoint by Mary Narayan on what nurses can do to reduce harms from guns. In 2016, I wrote an editorial after another slew of mass shootings. Sadly, the numbers of the dead and the shootings have only increased. So has frustration with those in Congress who refuse to take action. Their refusal to act on gun safety laws is killing us.

Many people like to hunt; others feel a need to own guns for self-protection. I get that. What I don’t get is readily available assault rifles, high-capacity magazines, the lack of a waiting period and background checks to ensure a gun purchaser is without a mental health or criminal history. Why can’t the ban on assault weapons be reinstated? Or failing that, institute a clear requirements process for those who want to purchase assault weapons, much like drivers of large vehicles must have a commercial license, specialized training, and medical clearance and be over the age of 21. It would seem that the same concern for public safety should extend to the leading cause of death among our children.

Professional and health care organizations unified in call for action.

The American Nurses Association (ANA) calls for supporting bipartisan legislation for universal background checks for gun purchases; the American Medical Association (AMA) declared gun violence a public health hazard in 2016 and has renewed calls for preventive measures since the Uvalde shooting. Other organizations, including the National  Association of Pediatric Nurse Practitioners, the National Association of School Nurses, and the American Academy of Pediatrics (AAP), have issued statements. The AAP’s president asks, “When will we as a nation stand up for all of these children? What, finally, will it take, for our leaders in government to do something meaningful to protect them?”

(Views expressed on the blog are solely those of the authors or persons quoted and may not reflect AJN’s views or those of Wolters Kluwer Health/Lippincott Williams and Wilkins.)

Resolved that the New Jersey State Nurses Association (NJSNA) stand in full support of the study of gun violence, and

(This story originally appeared in AJN.) 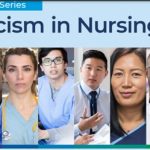 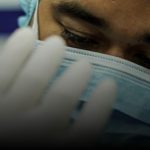