Violence Against Nurses on the Rise 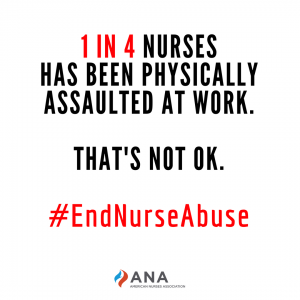 Workers in health care settings are four times more likely to be assaulted than workers in private industry, according to the Joint Commission, an organization that accredits U.S. health care organizations. “Alarmingly, the actual number of violent incidents involving health care workers is likely much higher because reporting is voluntary,” it states.

Nurses often take the brunt since they’re on the front lines, the ones who interact most with patients and their families. While many assaults don’t cause serious injuries, some nurses have gotten broken bones, black eyes and other harms. In rare cases, nurses have been killed. In April 2019, Lynne Truxillo, a 56-year-old nurse at a hospital in Baton Rouge, LA, saved another nurse by pulling away a patient who was attacking her. The man turned on Truxillo, grabbed her by the neck, and struck her head on a desk. She died several days later from complications related to the assault. 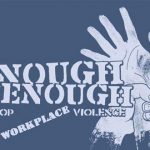 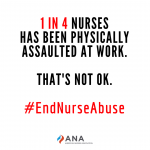