Nursing Profession Is ‘Beyond Burnout,’ And Needs Greater Attention 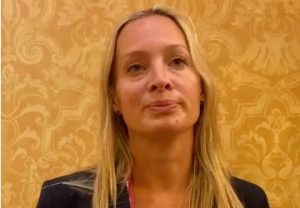 (The healthcare system doesn’t have a sustainable model of nursing, says Rebecca Love of IntelyCare. And she’s trying to get more people to focus on the problems.)

At times, Rebecca Love feels as if she’s shouting into a void.

Love is the chief clinical officer of IntelyCare, a Massachusetts-based company which helps match nurses with openings at healthcare facilities. She’s talked about the crisis in the nursing workforce, and called on healthcare organizations to make changes to keep nurses.

She says she is trying to raise awareness of the heart of the issue: the lack of any government reimbursement model that finances hospitals appropriately to pay for nursing.

“It feels like nobody is focusing on the real problem,” Love told Chief HEalthcare Executive. “There is not a sustainable model of nursing. I think it’s going to become more acute, more apparent.’’

Unlike other roles in healthcare, such as occupational therapists and respiratory therapists, hospitals don’t get Medicare reimbursements for nurses, and nurses end up being a straight cost to health systems.

“I think if I can say one thing to hospital and healthcare leaders, it is time that we address a lack of a reimbursement model for nurses so that we can create a sustainable workforce to deliver the outcomes that we all want to deliver across healthcare,” Love said. “So until we as healthcare leaders organize and come together to change the misalignment in Medicare regulatory work, we’re never going to be able to solve that problem.”

Love spoke with Chief Healthcare Executive at the HLTH Conference in Las Vegas in November. She talked about the state of nursing, the stress on nurses driving them from the profession, and what healthcare leaders can do to support them.

Love participated in a panel on nursing at HLTH, which was actually the first panel on nurses in the conference’s five-year history. Panelists discussed the need for hospitals and health systems to create a better working environment for nurses.

“There has been a small shift to recognize that there should be further attention on the nursing workforce,” Love said.

But she said the crisis in nursing deserves much more attention from healthcare leaders.

“I think for the first time my profession is beyond burnout, and recognize that the risks and the challenges of being a nurse far outweigh what the profession called us in to do,” Love said.

“So I am literally standing here looking into an abyss of wondering, how is the frontline going to survive? Who is going to keep our hospitals and our nursing homes open? Because right now, what I’m seeing in the market is very few impactful resources or attention …  And it feels to me that much of the conversation, the focus is still that it is a system problem and not a societal problem.” (See excerpts of our conversation with Rebecca Love in this video. The story continues below the video.)

‘A Shortage of Bedside Nurses’

Nurses have been leaving hospitals, and more are thinking about walking away, at least in part due to the stresses of the pandemic. The number of registered nurses fell by more than 100,000 in 2021, the biggest decline in 40 years, according to an analysis published in Health Affairs.

Two out of five nurses are thinking about leaving their jobs, according to a study published in Mayo Clinic Proceedings. Two out of three nurses (67%) said they intend to leave their position within three years, according to an August poll by the American Association of Critical-Care Nurses. Among those who are thinking of walking away, 36% of those nurses said they would leave within the next year, the AACN poll found.

Nurses cite a litany of problems siphoning the joy from their jobs. As staffing shortages have worsened, they are putting in longer hours with less help, with little chances for breaks.

Nurses are also facing increased violence in hospitals, and many nurses say they don’t feel their organizations care enough about their safety. John Hawkins, president and CEO of the Texas Hospital Association, said the uptick in violence during the COVID-19 pandemic is making it more difficult for hospitals to retain nurses.

Nationwide, there are five million nurses, and Love said the issue isn’t so much a shortage of nurses. “We don’t have enough of them willing to work in the healthcare environment,” Love said.

Recognizing the host of issues driving nurses from the profession, Love acknowledged feeling mixed emotions at the HLTH Conference. While admiring the innovations and healthcare technologies on display at the conference, she said putting more money into recruiting and retaining nurses would go a long way toward improving care for patients.

“If you simply took those dollars and invested in the nursing workforce, and created more nurses, that one nurse would drive out better outcomes for patients,” Love said.

With hospitals facing limited resources as they face their own financial difficulties in the pandemic, health systems would get a better return on investment by investing in nurses, she argues.“Who is going to actually put their hands on the patient and change the wound, and turn the patient and get the oxygen on them and elevate the bed and assess those vital signs?

“Nurses still see changes in status well before technology does,” she said.

The Impact of RaDonda Vaught

The criminal prosecution of RaDonda Vaught, a former nurse charged in the death of a patient, has driven more nurses from the profession, Love said.

Vaught was convicted in March of negligent homicide and gross neglect of an impaired adult after a trial in Nashville, Tennessee. Davidson County Criminal Court Judge Jennifer Smith sentenced Vaught to three years of probation. Under the terms of her sentence, her conviction could be wiped off her record if she completes the probationary program successfully.

Groups representing nurses derided the prosecution and said it could have a chilling effect on healthcare, because it could deter nurses and doctors from disclosing mistakes. They also feared it would drive more nurses out of the profession at a time when health systems can’t afford to lose more good nurses.

“The RaDonda Vaught verdict, which led to a criminal prosecution of a nurse for a self-reported medical error, has led the vast majority of nurses to reconsider their profession,” Love said.

The verdict is yet another factor in driving experienced nurses from hospitals, at a time when hospitals are already struggling to keep veteran nurses, Love said. The average tenure for nurses on 12-hour shifts dropped to 2.8 years in March 2022, down from 3.6 years in January 2021, according to a study by Epic Research.

“The most experienced, the best, are fleeing and running for their lives, from this profession, so they don’t risk going to jail,” Love said.

Hospitals and health systems looking to keep or bring back experienced nurses need to think about moving away from 12-hour shifts, Love said. While those shifts can be popular with younger nurses because they can work fewer days, the 12-hour shifts are more difficult for nurses with families and older nurses. Nearly half of all registered nurses are over the age of 50, according to the Department of Health and Human Services.

Nursing leaders have called on hospitals to devise more flexible schedules to recruit and retain nurses.

“The nurse’s knowledge is not something that anybody has ever taken the time to capture and replicate,” Love said. “If you want to save patients’ lives, we need to figure out a way to bring back those experienced nurses to transfer that knowledge, and save patients’ lives.”

Nurses across Great Britain plan to go on strike this month, staging an unprecedented walkout. Love said healthcare leaders in the United States should be watching what’s happening in the United Kingdom. She pointed out that about 15,000 nurses staged a three-day strike in Minnesota in the fall. The Minnesota Nurses Association is planning another strike starting Sunday.

“It will be a warning shot to the United States,” Love said of the planned strike in England. “What is going to happen there, will also happen here.” 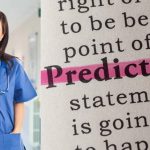 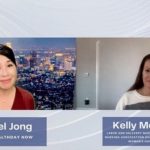