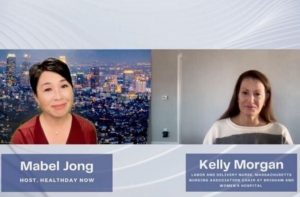 One in four Americans (25%) have noticed or personally experienced the impact of staffing shortages in health care, second only to staff shortages in the retail sector (35%), the poll found.

Further, more than two in three (68%) of people who needed health care during the past six months experienced delays or challenges in getting the care they need.

More than half (57%) blamed staffing shortages for the lack of care, and experts told HealthDay Now that these folks aren’t wrong.

Nurses, doctors and other health care workers are burned out after three years of the pandemic, and some are choosing to leave the profession, the experts said.

“We were the frontline,” said Kelly Morgan, a labor and delivery nurse at Brigham and Women’s Hospital in Boston and chair of the Massachusetts Nursing Association. “We were the people that were fighting this pandemic, and we were exposed every day. The triggers that come along with that are the constant stress and mental fatigue, physical fatigue — in essence, like PTSD from that environment.”

As a result, morale has suffered, and people are walking away, Morgan told HealthDay Now.

“In many hospitals, people felt like, you’re throwing us to the wolves, and you’re not helping us and providing us the necessary resources that we need — the personal protective equipment, that sort of stuff,” Morgan said. “And it still hasn’t changed three years in. Our nursing turnover is huge.

“They’re like, I don’t want to do this anymore,” Morgan continued. “I don’t want to do bedside nursing anymore. I’m leaving the bedside, and going to work in an ambulatory clinic, or I’m going to completely leave nursing as a profession at all, because this is just not what it was like to be a nurse before.”

Doctors and nurses leaving the profession has a direct effect on the ability of patients to receive care, particularly in rural areas, said Brock Slabach, chief operations officer for the National Rural Health Association.

“This constellation of provider shortages has created huge gaps in the ability for hospitals to serve their rural communities in an effective way,” Slabach told HealthDay Now.

“What’s happened is that the facilities have scaled back their ability to admit patients and to provide care,” said Slabach, who has more than 21 years of experience as a rural hospital administrator. “Instead of having 25 beds open, they may only have 10 beds because they can adequately staff that. Then what happens is you have patients possibly being stacked in the emergency room.”

People also are showing up to the hospital sicker, suffering from health problems that could have been nipped in the bud with prompt treatment, Morgan said.

“It’s trickled down to every single discipline,” Morgan said. “It’s just halted the care delivery system, and that’s why so many people are showing up to the emergency room to have their primary care, because they can’t access the services.”

For example, someone with COVID could avoid the ER if they got a timely diagnosis and prompt access to antiviral drugs, Morgan said.

“But they didn’t, and now here they are three weeks later sick with COVID pneumonia requiring respiratory support and admission to the hospital,” Morgan said.

The American health care system will need to provide better support to its workers if it wants to build back capacity, Morgan said.

“We don’t need adoration every day,” Morgan said. “We’re not asking for that. We’re asking for the proper staffing, equipment, space and resources to take care of our patients safely on a daily basis and provide the care that we have always been able to provide them, without them knowing that we’re facing these challenges.”

“I’m sure that there are days that people aren’t as cheerful as they normally were, don’t feel as compassionate as they did, even though we’re trying not to deliver that message to our patients,” Morgan said.

There also are practical matters that interfere with care. Due to staffing shortages, nurses try to “cluster” care, Morgan said — for example, changing a dressing and providing medications during the same room visit rather than seeing the patient twice.

As a result, there “may be a significant time before we come back again, unless there is a need,” Morgan said. “You’re trying to give that care to the rest of your patients as well,” but patients can wind up feeling neglected.

Hospitals also will need to pay better and create a culture “that allows for the employee to thrive in the practice that they’ve chosen,” Slabach said.

“This means that really looking at all of those policies and procedures that would detract from somebody that would want to fulfill the mission that they have in their lives to serve people,” Slabach said. “We find that most people really have a missionary spirit. They want to be of service, they want to be of use to others. So we need to make sure that our facilities are providing the environment for them to be able to do that work in the way that they hoped to.”

That’s easier said than done, given the financial crunch facing many rural hospitals, he noted.

About 140 U.S. hospitals have closed since 2010, including 19 in 2020 alone, Slabach said. Extra money for dealing with the pandemic has helped financially strapped hospitals stay afloat, but that funding has stopped.

“We’re anticipating some very rough days ahead, in terms of hospital closures, hospital finances which could lead to closure,” Slabach said.

But without action, there’s the continued risk that longtime nurses like Morgan will walk away.

Morgan said she’s thought about quitting “more than I care to remember in the last few years.”

“I always used to think I am so lucky, how am I so lucky that this is what I get to do for a living,” Morgan said. “And I have not had many of those days in the last two and a half years. And that’s disheartening. Because a nurse goes into nursing because they want to help, and they want to take care of people. They want to nurture and make people well again. And it hasn’t felt like we’ve succeeded at that.”

The University of Southern California has more about staffing shortages in health care.

Roles Outside of Clinical Nursing
What is the Nursing Code of Ethics?
Management of aggressive patient situations
Quick Links
Upcoming Events 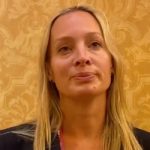 Nursing Profession Is ‘Beyond Burnout,’ And Needs Greater AttentionNurses Weekly 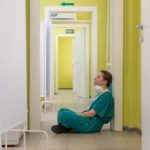