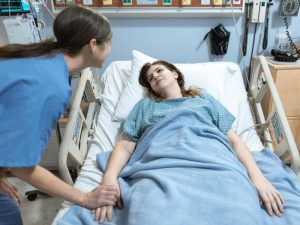 Wanderlust, and the money to fund it, made Alex Stow’s decision easy. After working a couple of years in an intensive care unit, he signed up to be a travel nurse, tripling his pay to about $95 an hour by agreeing to help short-staffed hospitals around the country for 13 weeks at a time.

“Travel” proved a bit of a misnomer. His current assignment is in Traverse City, Mich., only a few hours from his old full-time job in Lansing — close enough that he still works per-diem shifts at his previous hospital.

Now Stow, 25, is buying a truck and a camper and preparing to hit the road. He’ll work where he wants and take time off to see the country between nursing assignments.

“As soon as I found out that was a thing, I thought, ‘That’s got my name written all over it,’ ” said Stow, who agreed to discuss his new work life if the hospitals were not named.

If 2020 was the year travel nursing took off, with 35 percent growth over the pre-pandemic year of 2019, this year has propelled it to new heights, with an additional 40 percent growth expected, according to an independent analyst of the health-care workforce.

The continued pandemic; an aging, burned-out and retiring nurse workforce; the return of hospital services that were shut down last year; and a shortage of foreign recruits and nursing students have combined to make travel nursing one of the most critical and sensitive issues in health care.

“Of all the things that keep CEOs of hospitals up at night, this is the key one,” said Chip Kahn, president and chief executive of the Federation of American Hospitals, which represents about 1,000 for-profit facilities.

Hospitals accuse the travel companies of price gouging. The companies say they are responding to the laws of supply and demand in an increasingly mobile work environment. Nurses’ unions say there would be no shortage if nurses were adequately paid and afforded better working conditions.

The one area of agreement is that health-care staffing is suffering from fundamental problems that must be addressed for some measure of balance and efficiency to return.

“We need a better way to think about how we oversee and distribute and monitor the supply of our health-care workforce,” said Bianca K. Frogner, director of the Center for Health Workforce Studies at the University of Washington School of Medicine. “We don’t have any kind of centralized workforce commission in this country.”

Stow’s hourly pay is near the median of $99 an hour for critical-care travel nurses at the moment, according to Barry Asin, president of Staffing Industry Analysts, a research firm that focuses on the contingent workforce.

But a quick search turns up ads for even higher pay: $9,486 per week for ICU nurses, posted by Aya Healthcare, one of the industry leaders; nurses with cardiovascular experience can make even more. Travel companies also may offer a full slate of benefits, and some pay nurses a bonus to refer other nurses to them.

The highest pay is going to nurses with experience in specialized hospital units such as the various types of ICUs, those willing to move to remote locations for weeks or months and those willing to respond immediately to emergency needs, people in the industry said. Demand for other health-care workers such as respiratory technicians also continues unabated.

In contrast, a full-time registered staff nurse earns an average of just less than $74,000 per year, according to a 2018 report from the Department of Health and Human Services. About 2.6 million nurses worked in hospital settings in 2018, according to the government.

The travel-nurse market, which Asin said could accommodate well over 100,000 such staffers this year, had more than 40,000 vacancies in October, according to his data. Companies continue to recruit staff nurses to become travelers. Especially for younger and older nurses who aren’t tied to homes or families, the money and travel can be an attractive proposition.

“If people can go somewhere else and earn a year’s salary in three or four months, they will,” said Karen Donelan, a professor of health policy at Brandeis University who follows nurse staffing issues. “But they’re walking into high-covid zones. So this is a risk-reward scenario.”

U.S. hospitals have faced periodic nurse shortages for years, and demand was high even before the pandemic, fueled by aging patients and more people with insurance, said Bart Valdez, chief executive of Ingenovis Health, which has 6,000 travel nurses, including Stow, at hospitals across the country. The arrival of the omicron variant may put more people in U.S. hospitals with covid-19.

The average age of a nurse is 50, and ICU nurses are older — an aging workforce edging toward retirement. The number of nurses needed to replace them has been limited by a shortage of faculty members in nursing schools, said Akin Demehin, director of policy for the American Hospital Association, which represents a wide variety of hospitals.

Hospitals are again offering elective surgeries and procedures that were canceled during the first year of the pandemic, putting more pressure on nursing staffs. The flow of foreign nurses into the United States was all but shut off by the pandemic and is not close to normal, said Kahn, of the Federation of American Hospitals.

Then came the pandemic-fueled “great resignation” that has created labor shortages across the United States. In health care alone, 534,000 people left their jobs in August, according to the Bureau of Labor Statistics. Some left for other jobs, but others simply quit or retired. In long-term care such as nursing homes and assisted-living facilities, 400,000 health-care workers have left since the pandemic began, said Frogner, of the University of Washington. 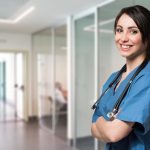 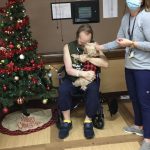