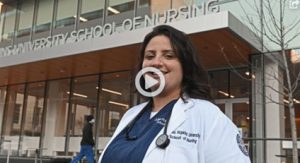 For the 21st consecutive year, nurses took the top spot in Gallup’s annual poll of the most trustworthy and ethical professions.

“This recognition belongs to America’s 4.4 million incredible nurses,” American Nurses Association President Jennifer Mensik Kennedy, PhD, MBA, RN, NEA-BC, FAAN, said in a press release. “For more than two decades now, the nation has recognized the vital role you play in keeping our friends, families, and communities safe and healthy, regardless of the setting you work in or the challenges you might face. Your ranking in this poll is an acknowledgement that without your bravery, professionalism, and clinical expertise, our health care system could not function. I look forward to celebrating and sharing your many remarkable achievements over the course of 2023 and beyond.”

Second and third places were also claimed by health care professions, with medical doctors receiving a “very high” or “high” vote from 62% of respondents, and pharmacists getting 58% of those votes. Nurses, however, garnered 79% of those scores.

Gallup began measuring professions’ honesty and ethics in 1976 and has updated its list each year since 1990. The latest findings are from a Nov. 9-Dec. 2, 2022, poll. Since 1999, when they were added to the list, nurses have been No. 1 every year but one. That year was 2001, when firefighters received a record 90% rating in their only appearance on the list in the wake of the 9/11 terrorist attacks.

“Like 2020 and 2021 before it, this past year was a difficult one for nurses. Though COVID-19 may have receded from the headlines, it continues to weigh on nurses in communities and care settings in every corner of the country. Additionally, the strain of a historically severe flu season along with a surge of RSV infections has only added to the stress and anxiety that many nurses are feeling,” Mensik Kennedy said. “And the lurking menace of workplace violence can make what is already a difficult job, a deadly one. In short, I am gravely concerned about our nation’s nurses and the nursing profession.”

“I am urging the public and private sector to work together with nurses to develop solutions to the numerous longstanding crises that have plagued nursing for too long,” said Mensik Kennedy. “Because the health of the nation depends on a strong and well-supported nursing workforce.”

(This story originally appeared in The Atlanta Journal-Constitution.) 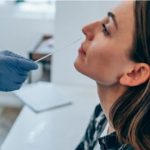 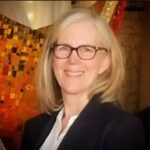