Number of NPs Has Doubled

The number of nurse practitioners (NPs) more than doubled between 2010 and 2017, far outpacing the growth in the number of registered nurses (RNs) and physicians, according to research results reported in the February issue of Health Affairs.

The surge in NPs is already reflected in the growing share of Medicare evaluation and management office visits billed by NPs. The researchers noted as more RNs continue their education so they can become NPs, the “RN-to-NP” conversion could lead to staffing problems at hospitals, although probably not serious or long-term nursing shortages.

They also discuss the possibility of a glut of NPs in the years to come and access to online learning as a contributing factor to the swelling of nurse practitioner ranks.

The absolute number of RNs puts the relative increase in the number of NPs in some perspective. As large as that increase is, the ratio of RNs to NPs is still roughly 16 to 1. 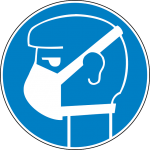 What Nurses Need to Know About the CoronavirusNurses Weekly 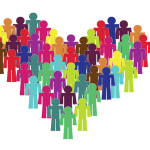