The New Jersey State Nurses Association (NJSNA) recently announced that Congress must act to protect nurses, who are the underpinning of the U.S. health care system.

“Action speaks louder than words,” said Schmidt, DHA, MSN, RN. “Experienced nurses are leaving because they are overworked and stressed out. Younger talented candidates see the frustration and opt for other professions. We can avert the next health care crisis if we work together today.”

NJSNA shared research from the American Nurses Association with lawmakers during its recent visit to Capitol Hill:

According to the U.S. Department of Health and Human Services, New Jersey will encounter one of the worst nursing shortages in the nation by 2030. 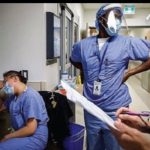 New Data Show a Dip in the RN WorkforceNurses Weekly 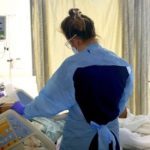