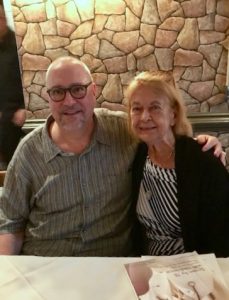 “When I was first out of nursing school early in my career, Dr. Joel was president of the American Nurses Association and I used to read her columns,” said Dr. Evans, DD, DNP, RN, APN, PHMCNS-BC. “She was so insightful and forward thinking for the time. I never thought I would be working with Dr. Joel and have the honor of calling her a colleague. This is a high honor. It is one of the highlights of my career.”

The award recognizes distinguished service in leadership, tenacity and dedication to the field of psychiatric and mental health nursing. Lucille A. Joel, EdD, RN, APN, FAAN, is a distinguished professor specializing in psychiatric and mental health nursing at Rutgers University School of Nursing, a past president of NJSNA, the American Nurses Association and International Council for Nurses. Dr. Joel, who is a distinguished author, co-founded the Society of Psychiatric Advanced Practice Nurses. She serves as a board member on Newbridge Medical Center.

“Ben has been a champion of psychiatric nursing and the nursing field,” said Michael Tierney, BSN, RN-BC NE-BC, CADC, president of APNA NJ. “He has demonstrated a strong commitment to advancing nursing practice. He has shown this through his own professional development, mentoring activities and by his work with groups like ours. He is credited with resurrecting the New Jersey chapter of APNA, which continues to provide quality educational opportunities to psychiatric nurses in New Jersey and the surrounding area.”

Dr. Evans has more than 45 years’ experience in nursing, working in areas of chronic illness, catastrophic illness, addictions, general nursing and mental health. He serves as a nursing advisory board member, an assistant professor and advanced practice nurse track coordinator of the graduate nursing program at Felician University. In addition, Dr. Evans manages his own practice focusing on psychotherapy, medication management, counseling and educational programs.

Dr. Evans has been involved with APNA NJ for more than 10 years, since he was elected to the national APNA Board of Directors. He is a current member of the organization.

Dr. Evans completed a Master of Science in Counseling and a Master of Science in Nursing from the University of Evansville and a Doctor of Divinity degree from the American Institute of Holistic Theology. He is also a graduate of New York Theological Seminary with a certificate in Christian Ministry. Dr. Evans was ordained an Old Catholic priest in 1995 and consecrated a bishop in 2002.

He also has earned a Doctor of Nursing Practice degree from UMDNJ School of Nursing. In addition, he is a co-author, contributor and presenter on a range of topics, including addiction, psychiatric nursing, nursing education and nursing safety in healthcare environments.

The award was announced at the APNA NJ Fall Conference in Iselin earlier this month.

About NJSNA
The New Jersey State Nurses Association (NJSNA) represents the interests of 125,000 registered nurses and advanced practice nurses as an advocate for the nursing profession. NJSNA, which was established in 1901, is a constituent member of the American Nurses Association. NJSNA’s lobbying arm continues to protect the nursing profession through legislative victories. Its nonprofit foundation, Institute for Nursing, helps nurses further their careers by providing continuing education, scholarships and research grants in addition to invaluable networking opportunities. For more information, nurses can visit www.njsna.org or contact NJSNA at njsna@njsna.org or (609) 883-5335. 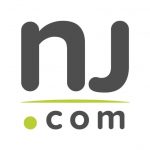 Women dominate nursing. So why do men still make this much more than them?News
NJSNA Opposes Homemade Guns As Threat to Public Health, Nurse SafetyNews