New Jersey lawmakers are proposing to ban guns assembled at home with untraceable parts, amending proposed legislation last week to include guns made with 3D printers. Unlike registered commercial guns, these homemade weapons are not required have serial numbers or rifling pattern. The state Assembly Judiciary Committee voted to approve the measure (S2465/A3129) introduced by State Sens. Joseph Cryan and Nick Scutari, both D-Union, 4-1 with one abstention on September 17, 2018.

“Because these guns are not commercially manufactured, they are totally untraceable, making them an even greater public health risk than a traditional, legally-purchased firearm,” said Dr. Benjamin Evans, DD, DNP, RN, APN, PHMCNS-BC, president of NJSNA. “You can’t study them in any kind of public health initiative or criminal investigation because they are printed off a printer and cannot be traced due to lack of serial number and rifling, which would enable ballistics testing.”

In addition to the threat to public health, there is little official information about how gun violence impacts the health care system and costs to patients or taxpayers. No official Centers for Disease Control study has been done due to federal restrictions and lack of funding.

Costs of initial hospitalizations for firearm-related injuries averaged $734.6 million per year from 2006 to 2014, according to an April 2017 Stanford University study in the American Journal of Public Health, one of few available data sets. Total costs for the initial inpatient hospitalization totaled $6.61 billion for that time period. The study points out that costs for these injuries are significant to the health care system and not discussed. Forty percent of the total costs, or $2.7 billion, was billed to Medicaid and Medicare, with Medicaid taking the lion’s share of costs at $2.3 billion.

In the new federal budget, a new provision in the government funding package clarified that the Centers for Disease Control and Prevention (CDC) is not barred from conducting gun violence research under a 1996 amendment, commonly known as the Dickey Amendment.

Since demanding action on Capitol Hill in 2016, NJSNA and nurses nationwide have advocated for the Centers for Disease Control and Prevention (CDC) study to review the impact of gun violence on the health care system, its root causes and prevention strategies.

Instructions accompanying President Donald Trump’s March spending bill gave the CDC the authority to conduct research on the causes of gun violence without funds to support it, which leaves gun violence researchers pessimistic that any research will ever happen.

Threats to Nurse Safety at Work

In addition to the public health threat, nurses are concerned about the impact these kinds of weapons could have on workplace safety. Workplace violence is on the rise, especially for health care workers, with 76 percent of nurses reporting they have experienced workplace violence. Twelve percent of emergency nurses experienced a significantly greater number of incidents, according to a 2014 Emergency Nurses Association survey.

Nurses were also victims of workplace gun violence. There were 154 incidents of hospital-related shooting events between 2001-2011. In these incidents, 235 persons were killed or injured and the majority of those, 29 percent, were in the emergency department, according to research from Johns Hopkins published the Annals of Emergency Medicine.

The Emergency Nurse Association study reports that half of emergency room nurses are victims of workplace violence annually.

About NJSNA
NJSNA, which was established in 1901, is a constituent member of the American Nurses Association. The New Jersey State Nurses Association (NJSNA) represents the interests of 125,000 registered nurses and advanced practice nurses as an advocate for the nursing profession. NJSNA’s lobbying arm continues to protect the nursing profession through legislative victories. Its nonprofit foundation, Institute for Nursing, helps nurses further their careers by providing continuing education, scholarships and research grants in addition to invaluable networking opportunities. For more information, nurses can visit www.njsna.org or contact NJSNA at njsna@njsna.org or (609) 883-5335. 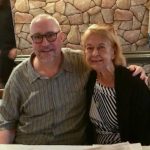 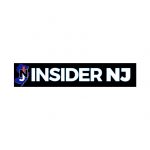