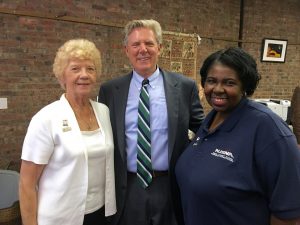 “One thing we would like to see happen immediately is to remove the language that bans the Centers for Disease Control and Prevention (CDC) from doing a study and research of how (gun violence) is a public health crisis and how it’s impacting the communities and not just the urban areas,” said Norma Rodgers, NJSNA president. “The suburban cities and the rural areas are being affected. When people see the numbers and the data, it will open more eyes.”

A CDC study would pinpoint where the public health issues from gun violence truly are, Rodgers said. 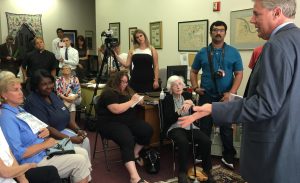 “Twenty years ago the House passed a law that the CDC could not do any research related to guns and the public health consequences,” said Pallone, who is the ranking Democrat of the Energy and Commerce Committee, which has jurisdiction over healthcare. “We do know that nurses, doctors and health care professionals see the consequences of gun violence in emergency rooms.”

Pallone explained that Illinois Congresswoman Robin Kelly has proposed that the Surgeon General of Public Health Services submit an annual report about the effects of gun violence on public health, which would allow research. “This is another form of repeal of that ban,” said Pallone. “It goes beyond that. There is no question that gun violence is a public health issue”

The meeting was part of the House Democrats National Day of Action to reduce gun violence.

Last week, NJSNA members and 351 nurses from around the country urged elected officials to repeal language blocking the Centers for Disease Control and Prevention (CDC) from conducting gun violence research and appropriate funding to examine the causes and prevention strategies for gun violence as part of the American Nurses Association annual Lobby Day. The request comes on the heels of a sit-in on the floor of the House by Democratic lawmakers advocating for stricter gun control measures.

Rodgers also spoke with Pallone today about mental health services as part of the gun violence issues. “Those have been dwindling,” she said. “People have such easy access to guns. I think it’s important to put those mental health services into help people so that before they may go grab a gun they can go talk to someone. The nurses and nurse practitioners are there to assist with that…it is an important part of the healthcare team that has been underserved and under used—we can fill some of those gaps.” 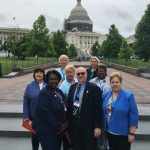 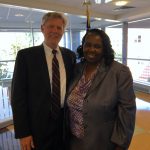