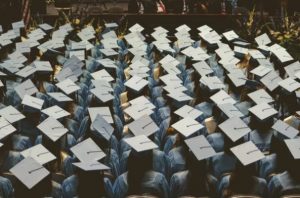 Plenty of students want to become nurses, but the nation’s institutions don’t have the capacity to teach or train them. A spate of innovative new programs across the U.S. is seeking to change that.

Like many states in the U.S., Michigan faces a desperate shortage of nurses. In order to meet health-care demands, officials project the state will need an additional 6,620 registered nurses every year from now until 2028.

“I haven’t talked to a single health-care employer that doesn’t say, ‘We would hire hundreds of nurses yesterday,’” said Brandy Johnson, president of the Michigan Community College Association. “The openings are massive and pretty acute. Nurses drive over from Ontario and Windsor, Canada, every day to [work] in Michigan. So we’re recruiting internationally when I think there’s a strong agreement that we should be recruiting and building the pipeline with Michiganders themselves.”

That’s why the MCCA and three other organizations—the Michigan Association of State Universities, Michigan Independent Colleges and Universities, and the Michigan Health and Hospital Association—have developed a new partnership that aims to graduate more nurses from state institutions.

The plan, announced June 1, would allow students to earn a bachelor of science in nursing (B.S.N.) at a community college rather than transfer to a four-year college or university campus to complete their degree. The organizations are asking the Michigan state Legislature for $56 million to fund the program, which includes up to $2 million in grants for community colleges. Johnson said she hopes the plan will officially launch in fall 2023.

“It’s been this really hyper-divisive, political hot potato around this idea of whether Michigan’s community colleges should be able to confer baccalaureate degrees,” Johnson said. “And what this proposal does is it sort of extracts that political question from a policy or statutory perspective, and it really allows the community colleges and universities to work together, leveraging all of their assets.”

The plan means Michigan students could now earn a B.S.N. at 28 community colleges across the state. Community college faculty will teach the first three years—or 90 credits—of the program, then faculty from a Michigan university will come in and deliver the fourth year of instruction on the community college campus.

“We think that this is the most efficient, affordable and accessible way to produce more B.S.N.s specifically, by leveraging all of the assets of a community college,” Johnson said.

Robert LeFevre, president of Michigan Independent Colleges and Universities, said the partnership benefits both the two-year and four-year institutions in the state.

“To make an in-person program financially viable [at a community college], you need about 15 students, and we can’t always get 15,” LeFevre said. “So if we can run a program at Alpena Community College, for example—because they’re physically further from a four-year college than any other community college—we could run a program up there, and it’d be financially viable [for them] even though it’d be small.”

The partnership would also administer grants to Michigan community colleges from the state’s Department of Labor and Economic Opportunity. Each community college would be eligible for a $2 million grant to administer the program, which it could use to buy instructional equipment, provide financial aid for students or recruit more faculty, Johnson said.

“That has historically been a challenge: finding faculty, particularly in our very rural parts of the state, that would be willing to teach or really compensating them enough that it makes sense for them to teach as opposed to actually practice nursing,” Johnson said.

Johnson and LeFevre both said they are hopeful that their request will be granted in the state’s budget, which should be signed at the end of June.

Michigan is not the only state seeking innovative ways to educate and train more nurses. In the past two years, institutions across the country have amped up programming and faculty to support more nursing students.

The problem is not a lack of student interest. The American Association of Colleges of Nursing notes that a total of 91,938 qualified applications were denied admission to nursing schools nationwide in 2021. According to a May report by the Center for American Progress, a liberal think tank, lack of capacity forces universities to turn away “tens of thousands of qualified students” from nursing programs every year. Many institutions face a shortage of nursing faculty, limited clinical placements for student nurses and insufficient space to accommodate more students, the report says.

The COVID-19 pandemic has exacerbated the nursing shortage. Exhausted and emotionally drained, many current nurses are leaving the profession altogether; between 2020 and 2021, the nursing workforce decreased by 3 percent—the largest drop in more than two decades—according to the CAP report.

At the same time, student enrollment in entry-level baccalaureate nursing programs increased by 3.3 percent in 2021, despite concerns that the pandemic might discourage entry into the profession, according to enrollment data from the American Association of Colleges of Nursing.

Like Michigan, other states are developing new programs and plans to accommodate more nursing students.

According to a report by the Connecticut Governor’s Workforce Council, in 2020 the state had about 50,000 registered nurses, more than half of them over age 50. The council reported “significant shortages” in health-care workers, with an estimated annual need of 3,000 new R.N.s and 2,500 certified nursing assistants.

Fairfield University School of Nursing dean Meredith Wallace Kazer said the program will launch in September with the first cohort. That will bring more faculty from Yale New Haven Health to the Fairfield campus, which she hopes will allow the university to graduate more registered nurses. Yale New Haven Health has also committed about $1.7 million over the next four years to provide scholarships and books to students who otherwise wouldn’t be able to attend.

Between Yale New Haven Health and the four institutions, the partnership promises to graduate more than 550 additional nurses over the course of the next four years, Kazer said.

Filling the Gaps in Florida

Tallahassee Community College announced last month that it plans to double the size of its nursing program over the next few years to meet community needs.

Florida is projected to be short 59,100 nurses by 2035, according to multiple reports. In response, the state has allocated $125 million to the state’s nursing education program to provide scholarships and expand infrastructure for clinical training at colleges and universities.

Stringer said the college usually admits 76 students in the fall and 76 in the spring, but for the upcoming academic year the college is planning on admitting 130 nursing students each semester.

Stringer also said the college recently began construction on a second simulation center at the Ghazvini Center for Healthcare Education, which will help the college give more nursing students hands-on training.

“We’re hoping that with the increase in the number of students that we can do a better job of getting more students out into the community to go to work,” Stringer said. “One of the things that we know is because we are a community college, a lot of our students are local, and they live here. So when they finish the program, they go to work here, which really helps our local employers.”

Keiser University, a private university in Florida, launched a new master of science in nursing (M.S.N.) program earlier this month to help address the state’s nursing shortage, specifically in women’s health. In Florida and other states, in order to become a nurse practitioner, one must be a registered nurse, hold a bachelor of science in nursing and complete a master’s of science in nursing or doctoral of nursing practice (D.N.P.) degree, among other things.

Keiser’s is the only M.S.N. program in women’s health in the state, said Arthur Keiser, chancellor of the university.

“There’s a huge need for [more nurses], especially in rural areas and especially with minority women who have serious health disparities in terms of the quality of care and access to care and, of course, cost,” Keiser said. “That’s where nurse practitioners in many cases are stepping into the field, because of the shortage of doctors, and at the same time, there’s a high cost of doctors to provide some of the services.”

“In South Florida, especially, there’s a real shortage in the hospitals for professionals in [women’s health],” Keiser said. “There’s a shortage of gynecologists and obstetrics doctors. And many of the hospitals we work with are desperate for personnel. By providing this specific subsection or subspecialty [degree], we will help meet that shortage.”

Chamberlain University, a private, for-profit nursing institution with campuses in 15 states, recently received a $1.2 million grant from the American Nurses Foundation for a pilot program known as the Practice-Ready, Specialty-Focused Nurse Education Model. The program not only delivers the core curriculum for a B.S.N., but it also helps students figure out what nursing specialties they’re most interested in, said Karen Cox, president of Chamberlain University.

The university is using a 16-module online course developed by the Association of periOperative Registered Nurses—meaning nurses who work in operating rooms—and will recruit a nurse employer to teach clinical rotations to students.

By adding the modules to give students clinical experience in different specialties, students will be able to figure out what kind of nurse they want to be, which should help them stay on the job after they graduate, Cox said. Currently, 30 percent of new nurses coming out of B.S.N. programs leave within a year of taking their first job, she said.

“The issue in B.S.N. education is that it prepares a generalist, which is great,” Cox said. “That means that I, as a nurse, can work anywhere I want with the right onboarding. It doesn’t mean I’m going to like it, though, or be engaged in it or be passionate about it, because the different specialties in nursing are all so different.”

(This story originally appeared in Inside Higher Ed.) 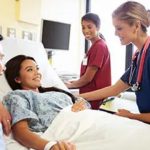 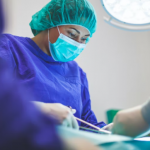