In the Covid era, we often hear (and can’t help but understand) that older nurses, resources exhausted by their pandemic ordeal, are retiring early.  Nurse of the Week Mercedes “Mercy” Kallal, RN, however, has been a nurse for over half a century now and at 83 years old she just isn’t ready to hand in her stethoscope. She tried once, about a dozen years ago, but even after working the Covid-19 frontlines—in her 80s, mind—there’s no evidence that Kallal might be running out of steam.

By now, it’s hard to imagine the post-anesthesia care unit (PACU) at New Jersey’s Jefferson Washington Township without the diminutive RN (Mercy is barely five feet tall). Fortunately, Kallal finds her work so meaningful that she’s in no hurry to hang a “Gone Fishing” sign on her door. “As long as I am mentally and physically able, I would love to dedicate my remaining life to taking care of patients … and help[ing] people,” she told the Philadelphia Inquirer.  The Daisy Award winning RN seems to thrive on helping staff as well as patients; she’s the first person they call when someone needs a holiday or evening off, and the hospital even lauds her willingness to “help… younger co-workers balance life and work.” Jefferson Washington VP of Operations Autum Shingler-Nace happily describes Mercy as “A nurse’s nurse.”

“What the heck is this? I was supposed to become a nun.”

This does not mean that Kallal is an ascetic lady-with-a-lamp who lives only for her patients. She has been a widow for years, but always has plenty to do. When off duty, she loves to travel, hit some casinos, and watch horse races. To wind down, she works in her garden.

Nonetheless, nursing truly is the life calling of this small gambler. In fact, Mercy’s husband entered her life as one of her patients.

After Arthur Kallan was discharged from the hospital, the feisty little nurse who had cared for him loomed large in his mind. Initially, when her former patient began to call and said that he missed her, Mercy was nonplussed, to say the least. The devout Roman Catholic recalled, “I thought, ‘What the heck is this? I’m supposed to become a nun.’ But we started dating.” In fact, the match worked out so well that she acquired her fondness for horse races from her patient-turned-spouse.

Kallal’s nursing career began in the Philippines, where she graduated from nursing school, and ventured to the United States in 1969. When she and a few fellow grads landed in Philadelphia, the newly arrived nurse says, “They put me in charge of 32 patients, and when I asked why, they said it was because I had a big mouth… I didn’t know the idiomatic expression, so I took it literally.”

After that, the nurse gravitated to Newark. Apparently, her mouth was not quite the right size yet for New Jersey (there is a checkpoint when one enters the state), so before long Mercy returned to Philly and picked up a range of nursing experience, including a VA hospital, a nun-managed nursing home, and finally, the heart transplant unit at Temple University, where she settled for two and a half decades.

“We keep thinking she’ll slow down a bit, but she keeps picking up more shifts.”

As she completed her 25th year at Temple, though, Mercy decided that she had had enough and DID retire… for a bit less than a year.

It was a delight to indulge in nearly 11 months of travel, but her savings began to dwindle, and now in her 50s, she still had an overabundance of energy and nursing beckoned to her once more. Widowed and living alone with no immediate family in the US, she took stock and thought it was time to work again “before I become a pauper,” and besides, “I live[d] by myself now. How much can you clean?”

By this point in her life, Kallal’s mouth must have been just the right size for NJ and the hospital now operating as Jefferson Washington Township was a mere 5-minute drive from her home (another reason she’s everyone’s go-to when someone needs to be covered). Into her 70s by then, Mercy began by taking things slowly and worked part-time, but that didn’t last for long. As a PACU co-worker told the Inquirer, “We keep thinking she’ll slow down a bit, but she keeps picking up more shifts.”

Since then, in addition to becoming known for her willingness to cover shifts whenever possible, Kallal is the unofficial PACU Health Martinet. She does not hold back when patients are disruptive, abusive, or take dangerous risks, and co-workers have been known to shamelessly throw particularly difficult charges on their Mercy. Her view: “I’m very strict and I explain to the patient that this is the way it has to be. You have to listen to your nurse.” But she adds, “And before they leave, they give me a hug and a kiss.” The kind-but-firm Philippine-born RN also meets any misguided obstinacy over masking or vaccination head-on—or something like that: ”I tried to explain getting vaccinated to one patient and she just looked at me like I had two heads. But at least I did my job as a nurse.”

(This story originally appeared in the Daily Nurse.) 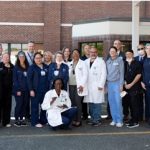 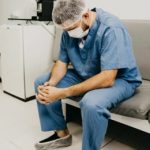 Bullying in Nurses: Why It Happens and How It Can Be Stamped Out For GoodNurses Weekly