Bullying in Nurses: Why It Happens and How It Can Be Stamped Out For Good | | New Jersey State Nurses Association

Bullying in Nurses: Why It Happens and How It Can Be Stamped Out For Good 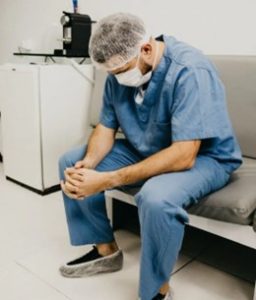 Many health care professionals are familiar with the disturbing phrase “nurses eat their own young.” This cliché is intended to serve as a light-hearted warning for nursing students, who are told to expect a little hazing as they enter their dream career.

In reality, however, this practice causes considerable harm to nurses and, ultimately, their patients. According to a report published in the Western Journal of Nursing Research, nurses who experience bullying are more likely to see significant declines in both physical and mental health.

Many nurses and nursing students are unaware of how pervasive this problem is. That said, a thorough understanding on the effects of bullying in the nursing profession delivers the opportunity to finally bring it to a close. As such, we’ve compiled a guide on experiences of bullying among nurses. Keep reading to discover where and when it occurs — and which organizational factors are at play.

Why Is Bullying Prevalent in Nursing?

Bullying is a huge problem in every area of the modern workforce, as evidenced by numbers from the Workplace Bullying Institute. According to WBI’s 2021 survey, 30 percent of respondents have suffered the direct experience of being bullied. When witnesses are included, however, the rate of affected workers skyrockets to 49 percent.

Unfortunately, this issue is especially prevalent in the health care sector and particularly among nurses. An alarming report published in Nursing Administration Quarterly (NAQ) sheds light on the issue, revealing that over half of nurses leave their first job within six months due to bullying — and that the problem also extends to experienced nurses and nurse managers, with over one-quarter claiming that the behavior is severe.

At first glance, bullying seems like a simple concept. The American Nurses Association defines it as “repeated, unwanted harmful actions intended to humiliate, offend, and cause distress in the recipient.”

Despite this basic definition, bullying can be surprisingly insidious within health care. As such, it’s often difficult for nurses to identify. This is due, in part, to the reality identified by the aforementioned Nursing Administration Quarterly report: Nurse bullying exists along a continuum. The following situations are just a few examples of the many behaviors that qualify:

What Is the Difference Between Incivility, Bullying, And Harassment?

Given how difficult it can be to detect bullying, it should come as no surprise that this is often confused with concerns such as incivility and harassment. All three problems must be addressed, but it’s also important to understand where and how they differ — and how these behaviors can escalate.

Although problematic, incivility can be thought of as the least severe of the three workplace issues we’ve identified. While incivility can echo bullying at times, it generally boils down to rude behavior free of a specific target.

A nurse who behaves in this manner tends to come across as grumpy or oblivious in most interactions. While this can definitely be a downer — and poses problems regarding patient satisfaction and workplace morale — it’s not as immediately alarming as bullying. Still, incivility must be addressed promptly and decisively, as it could potentially escalate into bullying.

Three qualities distinguish bullying from general incivility: It’s targeted at a specific person (or group of people), it causes the victim genuine harm, and it is repeated over time.

While repetition is a core component of bullying, it doesn’t always take long for behaviors to meet this standard. A series of negative interactions that occur over the course of a week could arguably qualify if it causes the target considerable distress.

As an equal employment opportunity violation, harassment is a big deal. This unwelcome conduct occurs on the basis of race, religion, gender, or disability. It goes against a myriad of rules and regulations, such as Title VII of the Civil Rights Act of 1964 and the Americans with Disabilities Act.

Like incivility, harassment can occur frequently or just once. Either way, it’s toxic and must be addressed immediately. Thankfully, excellent options for recourse are available. By law, human resources departments are required to protect the victims of workplace harassment.

Who Does the Bullying?

A variety of health care professionals engage in bullying, incivility, or harassment. This conduct is often initiated by people in a position of power, although it’s possible for lower-status employees to lash out.

From doctors to nurse managers, a variety of professionals display signs of bullying as they gain power (or the perception of it). Some supervisors are not aware when their behavior goes beyond strict management and constitutes bullying. Others use bullying as a means of keeping nurses “in their place.”

Unfortunately, bullying initiated by managers often becomes cyclical. As mentioned in the NAQ report, “Nurses in management roles often adopt a leadership style modeled on bad bosses in the past, which tends to intensify under pressure…these behaviors tend to persist, even as individual nurses come and go.”

While nurses may be quick to blame managers for bullying, a report from Becker’s Hospital Review reveals that the majority of nurse bullying involves nurses targeting fellow nurses. This is often regarded as a top-down behavior, in which older nurses with more seniority target those with less experience. In reality, however, the reverse can also be true. According to NAQ, “Younger nurses might criticize their elders’ appearance or physical limitations.”

While bullying is shockingly common among nurses, it’s by no means inevitable. Often, this is learned behavior that begins as early as nursing school and may also be perpetuated as nurses mimic the intimidating behavior of their supervisors. With effective leadership, however, nurses are less likely to internalize the harmful message that bullying leads to professional success.

What Can You Do About Workplace Bullying in Nursing?

The details about bullying and toxic workplace culture may be alarming to aspiring nurses, but this is far from an unsolvable problem. With a combination of structural initiatives and individual efforts, it’s possible to make bullying a thing of the past. As a current or future nurse, you can commit to the following:

As mentioned previously, nursing students and young professionals often imitate the behavior they see in classes or clinicals. Even well-meaning nurses can succumb to this negative influence when exposed to it often enough.

Hence, the need for a proactive approach. This might mean seeking out academic programs and job placements that emphasize compassion. Through this exposure, you’ll learn not only how to avoid inadvertently bullying other nurses, but also, how to confront bullies firmly, but peacefully.

Whether you ultimately take your concerns to HR or simply call out bullies on your own, you’ll find it easier to move forward if you have a clear record of the bully’s behavior. This will help you demonstrate a pattern of problematic behavior.

Each time you observe bullying or are targeted yourself, jot down the date, time, and perpetrator, as well as details about the conversations or actions you found harmful. Be prepared to present this information to your supervisor — or to the HR department if necessary.

3. Stand Up to Bullies

Many well-meaning nurses enable workplace bullies under the assumption that it’s better to let tension blow over. Unfortunately, this approach allows bullying to continue, unchecked. It signals to bullies that their behavior will be tolerated or even rewarded.

The notion of standing up to bullies need not resemble schoolyard fights. Sometimes, it’s as simple as telling problematic individuals that their behavior is unacceptable. At times, they may not even be aware that their words or actions are hurtful. Others know that they’re causing pain but will back off if called out.

While this approach can be effective for less severe instances of bullying, it is best avoided if you’re concerned about the possibility of escalation. While you should not let bullying continue unchecked, you may need to get other people involved so as to protect yourself.

If you choose to confront a bully, it’s important to do so strategically to avoid all-out fights. As such, the ANA recommends in Healthy Nurse, Healthy Nation that all nurses “learn and practice conflict negotiation skills.” Sometimes, this is as simple as naming the behavior without sugarcoating it. For example, a supervisor who yells at a nurse in front of a patient may need to be reminded that this occurred.

In less severe situations, nurse bullying expert Renee Thompson, DNP recommends framing undesirable behavior as a communication error. For example, try entering the conversation with: “I’m not sure if you’re aware, but sometimes you can come across as…” This could open a respectful conversation that leads to greater understanding between nurses.

5. Be Aware of Your Own Behavior

Do you sometimes take part in “harmless” banter? Conversations or jokes that seem inoffensive to you may distress fellow nurses or other employees. Engage in these behaviors often enough, and other health care professionals may come to regard you as a workplace bully.

To ensure this doesn’t happen, think carefully about how you interact with others, both digitally and in person. While you’re encouraged to build genuine connections with other health care professionals, you must also always remain respectful.

As mentioned previously, HR is required to intervene when harassment occurs. Likewise, HR can be a helpful resource even when bullying doesn’t reach the level of harassment. Most workplaces maintain anti-bullying policies or codes of conduct, so you are encouraged to reach out to HR when behaviors violate these requirements.

As mentioned previously, you’ll want to keep a detailed record of all behavior you believe constitutes bullying. Be prepared to also explain how the bully’s conduct violates workplace policies.

7. Know When to Seek Legal Recourse

What happens if HR is unresponsive — or worse, you face retaliation because you spoke up against bullying or harassment? In these situations, it may be worth your while to get in touch with a trusted employment lawyer. Retaliation can also be reported to the National Labor Relations Board. Reserve this strategy for the most severe cases, in which other solutions prove ineffective.

While your efforts can promote a positive workplace culture, there’s sometimes only so much you can do as an individual. If you’ve observed a culture of toxicity and supervisors (or HR departments) that turn a blind eye, it may be time to look for a different job. Be aware, however, that you also run the risk of experiencing bullying within future nursing positions.

Most nurses are empathetic and kindhearted. Yes, many engage in bullying, but this problem can absolutely be resolved. Commit now to making bullying a thing of the past. Your efforts could make a real difference for nurses and patients alike. 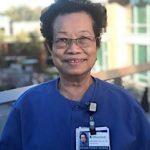 At 83, N.J.’s Mercy Kallal is Still a “Nurse’s Nurse”Nurses Weekly 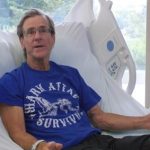 Nurses save life of man in shark attackNurses Weekly