Workplace violence against N.J. nurses and other hospital staff up 15% over 2019 | | New Jersey State Nurses Association

Workplace violence against N.J. nurses and other hospital staff up 15% over 2019 New Jersey hospital workers have experienced a 15% increase in violence at their workplace — mostly physical and verbal attacks — over the last two years, as short staffing has generated frustrated and angry patients who lash out at nurses and their colleagues.

The number of attacks reached 9,962 last year, up from 8,691 in 2019, according to a survey published last week by the New Jersey Hospital Association, a trade group based in Princeton. Half the attacks in 2021 were physical, and 44% were verbal. Emergency departments and inpatient behavioral health units experienced the most attacks.

“The terrible irony is that those who dedicate their lives to healing others are the targets of increasing violence and aggression,” hospital association president and CEO Cathy Bennett said in a news release. “We can only speculate on why these incidents are rising and the degree to which the tensions of the pandemic and our polarized society are part of it.”

The other categories in the survey, in descending order of frequency, were spillover of gang violence, racial harassment, sexual harassment, bullying, and domestic violence disputes.

Debbie White, president of the Health Professionals & Allied Employees, a labor union with about 14,000 members in New Jersey, said the existence of a 2008 state law, Violence Prevention in Health Care Facilities Act, shows that attacks on health-care workers are not new.

“If we had employers looking at these regs and really delving into them and trying to set up programs that had teeth in each of our hospitals, we would have a different story,” White said. Her union on June 9 sponsored a violence prevention workshop on the regulations that implemented the 2008 law.

One of the factors hospitals were supposed to consider as part of their violence prevention plans was staffing level. That’s key, White said. “A decrease in staffing and an uptick in violence” have gone hand-in-hand, and it didn’t start with COVID-19, she said.

For years, nurses have been trying to convince state legislatures to pass laws limiting the number of patients a hospital nurse has to care for at one time but have made little headway. Studies have shown that higher staffing levels improve the safety and quality of care.

Another approach to reducing violence against health-care providers is sharpening state and federal penalties against people who attack health-care workers.

The New Jersey Assembly last week passed a bill that would expand the aggravating circumstances that can lead to longer sentences to include whether the offense involved an attack on a health-care worker.

U.S. lawmakers in recent years have sponsored numerous bills to address the problem of health-care workplace violence, most recently Rep. Madeleine Dean, a Democrat who represents Montgomery County. Her bill, cosponsored with Rep. Larry Bucshon, a Maryland Republican, would make assault and intimidation of hospital employees a federal crime. The protections would be similar to those that flight crews and airport workers have.

(This story originally appeared in The Philadelphia Inquirer.)

How to Bounce Back After a Tough Shift
Lifetime Honorary Membership Award: Phyllis Prekop...
Free Webinar: Healthy You in 2020
Quick Links
Upcoming Events 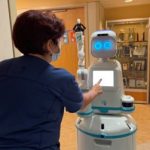 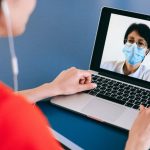 Virtual Nursing: What is it?Nurses Weekly