What Women Should Know: Cardiac Nurse Didn't Realize She Was Having a Heart Attack | | New Jersey State Nurses Association

What Women Should Know: Cardiac Nurse Didn’t Realize She Was Having a Heart Attack 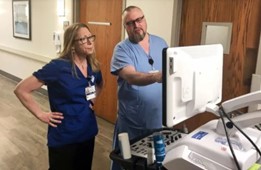 Jennifer Gaydosh has spent the past seven years working with heart patients as a registered nurse.

When Gaydosh suffered her own heart attack last year at the age of 47, she did what so many other women do: she ignored the symptoms.

“I see patients all the time who try to talk themselves out of symptoms and I roll my eyes,” she said. “It really is easy to convince yourself that you’re fine.”

Gaydosh, now 48, is a cardiovascular registered nurse at HCA Healthcare’s Rose Medical Center in Denver, Colorado. She had her first symptom scare when she was awoken in the middle of the night with a burning pain in her arm. She said she was also nauseous, sweaty and pale.

She went to the emergency room, underwent tests and was discharged the next day with specific instructions to return if she felt any more symptoms.

Gaydosh was again awoken by pain two days later but went to work instead of the emergency room.

“I went to work for a day-and-a-half before my coworker, [a fellow cardiac nurse], said, ‘You really don’t look good. You need to go back and get tested again,’” she said. “I went back and got more tests and that’s when they discovered I was having a heart attack.”

Gaydosh, who had no risk factors, suffered a spontaneous coronary artery dissection, or SCAD, a condition that occurs when a tear forms in a blood vessel in the heart.

“I missed the very explicit direction to go back to the ER if I had return of symptoms,” Gaydosh said. “You’re thinking, ‘I couldn’t possibly be having a heart attack.’ That was my mantra.”

The type of heart attack Gaydosh suffered is one that has no known cause and usually strikes women who are otherwise healthy. It is also shown in studies to occur more often in women who are postpartum and women who are “experiencing or close to a menstrual cycle,” according to the American Heart Association (AHA).

February is American Heart Month and Gaydosh — who recovered from her heart attack and continues on heart-related medication — has made it her mission to inform women about the symptoms of heart attacks that they shouldn’t ignore.

“Don’t ever tell yourself you can’t have a heart attack because anyone can,” she said. “Don’t ignore your symptoms. Women, in particular, are worried about looking foolish or making a big deal or thinking, ‘I have to go to work and I have to take care of everything.'”

“Ultimately you have to take care of yourself first,” she said. “Go get [your symptoms] checked out rather than ignore them.”

“The mortality of women if you combine all cancers is lower than [it is] with heart disease,” he said. “It is the number one killer of women.”

Subbarao shared his top five tips for women to prevent heart disease. Here they are, in his own words.

If you’re sitting, watching TV and you get the discomfort, that means the [heart] blockage is already there. Even if you see a doctor six months or annually, you are with yourself the rest of the time so you need to have benchmarks for yourself.

Usually, the pain does not get worse or change with a deep breath or a posture change but is unrelenting. If you’re busy and it comes on and you stop the activity and it goes away and you do the same activity again and it comes back, that’s a fairly classic [symptom] of a heart attack. 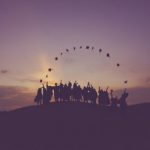 Top 10 Highest-Paying Medical Jobs in 2023: Are You on The List?Nurses Weekly 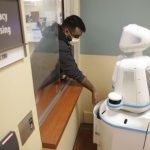