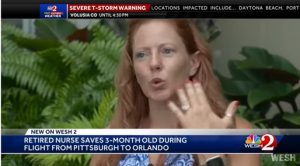 A retired nurse came to an infant’s rescue when the baby stopped breathing during their flight to Florida.

The Spirit Airlines flight had been in the air for about 30 minutes on Thursday when the 3-month-old child experienced the sudden medical emergency, according to FOX affiliate WOFL and NBC affiliate WESH.

WOFL meteorologist Ian Cassette said he happened to be a few rows behind where the baby, named Anjelé, was seated when the incident occurred, and documented the incident on Twitter.

“Thankfully a nurse (Tamara Panzino) was able to get the baby to breathe again,” he wrote in the first of three tweets.

Panzino, who was traveling from Pittsburgh to Florida for a Caribbean cruise out of Port Canaveral, told WESH she was relaxing with her headphones on and a book in hand when she heard a flight attendant say an infant onboard was not breathing.

She later heard a loudspeaker announcement, asking, “Is there a doctor onboard?”

That’s when Panzino jumped into action. When she reached the child, she noticed the baby’s “head was back” and that she had “blue lips.”

“Clearly in distress [and] not breathing,” she recalled. “And my heart just dropped.”

To get the infant breathing again, Panzino did a “sternal rub” — which she described as “kind of an aggressive shake of the chest” — while Anjelé’s father held her, per WESH’s report.

She also attempted to make the baby “cry or take a deep breath” as they moved to the front of the plane.

As they did so, the baby’s color started to return. “I was so glad and kept shaking it aggressively,” Panzino told WESH.

Eventually, the baby began to breathe on her own once again. Cassette shared a video of the plane’s passengers cheering shortly after the infant was saved.

“The color came back. I heard breathing sounds. I heard (a) heartbeat. Oh, my gosh, total relief,” Panzino told WESH.

Anjelé’s “terrified” parents “praised the positive energy of the plane” in addition to Panzino’s “heroic actions” during Thursday’s flight, Cassette wrote on Twitter.

Panzino does not consider herself a hero, but rather believes the rescue was a team effort, according to WESH.

“It’s not a hero thing,” she told the outlet. “It’s a community coming together and everyone volunteering to help with what their knowledge can do. I’m glad I was there.”

Spirit Airlines — which did not immediately return PEOPLE’s request for comment — thanked both Panzino and the flight’s crew “for their quick response” to Thursday’s incident in a statement obtained by WOFL.

“Our Flight Attendants are trained to respond to medical emergencies onboard and utilize several resources, including communicating with our designated on-call medical professionals on the ground, using onboard medical kits, and receiving assistance from credentialed medical professionals traveling on the flight,” a company spokesperson said.

Speaking with WOFL, Panzino said “it made me feel really good” to help out.

“When you have to step forward and do what’s right, you do it,” she told the outlet. “It was just a happy story.”

(This story originally appeared in People.com.)

The Wonder of Lifelong Learning
From High School Dropout to DNP Student
I Have an Idea! Now What?
Quick Links
Upcoming Events 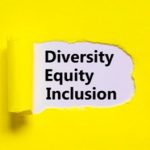 The Importance of DEI In NursingNurses Weekly 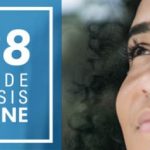