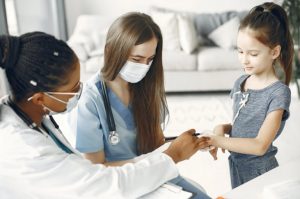 Medical malpractice claims may be asserted against any healthcare practitioner, including registered nurses (RNs). This case study involves an RN working in a home healthcare setting.

The insured registered nurse (RN) was working for a home healthcare agency. The RN was caring for a 19-year- old female patient who was essentially unresponsive due to malignant neoplasm of multiple sites of her brain. These sites were initially diagnosed when she was 15 years old and resulted in multiple surgical and chemotherapeutic treatments.

The patient was neurologically devastated, non-communicative, had a tracheotomy, and was ventilator

Most recently, the patient was admitted to the hospital after experiencing atrial flutter and cardiac arrest at home but recovered and had mostly returned to baseline. During her hospital admission, she was placed on Nadolol (a beta blocker) 30 mg twice a day (BID) and Flecainide (an anti-arrhythmic) 25 mg (1.3 mL) BID via gastrostomy tube (G-tube). At discharge, the hospitalist ordered her to wear a transtelephonic Holter monitor to evaluate any additional arrhythmias.

The insured RN reported to the patient’s home the morning following the patient’s admission to home healthcare. The RN had cared for the patient previously and was familiar with her medications and daily

routines. Prior to starting his shift, the night nurse gave him a report on the patient’s current status and the updated plan of care, including the new medications.

RN administered Flecainide and Nadolol, as well as other routine medications. However, instead of administering 25 mg (1.3 mL) of Flecainide as ordered, he administered 25 mL, which was approximately 19 times the prescribed dosage.

When the ambulance arrived, the RN gave a brief report of the patient’s medical history and the medications he had given the patient that morning, which included Flecainide 1.3 mL. At this time, the RN realized that he had administered the incorrect dosage. The RN called the patient’s mother and advised her of the medication error (administering 25 mL of Flecainide instead of 1.3 mL). The RN proceeded to the ED and arrived approximately 10 minutes after the ambulance. The RN informed the ED providers of the medication error, and a serum toxicology test was ordered to confirm the error. The patient was admitted to the intensive care unit, and despite all life-saving efforts, she died soon thereafter.

Following the patient’s death, the mother (plaintiff) filed a lawsuit against the insured RN and the home healthcare agency. The allegations against the RN included:

Irrespective of the patient’s life expectancy, it was determined that defense of the RN would be difficult due to the egregious nature of the medication error.

An additional concern arose that the RN was a poor witness at his deposition. Despite being prepared by the defense team, the RN lacked confidence during his testimony and contradicted himself many times. At one point in the deposition, the RN testified to knowing that he was administering an excessive amount of Flecainide, but proceeded to do so anyway.

The plaintiff was represented by a high-powered and aggressive law firm. The defense believed that when a jury learned of the RN’s disregard of medication safety, they may choose to award a large verdict to the plaintiff for the emotional loss of a beloved daughter, despite the patient’s pre-existing, severe condition.

Therefore, the decision was made to settle the case on behalf of the insured RN.

The indemnity payment and legal expenses totaled more than $1,000,000.

(Monetary amounts represent the expenses made solely on behalf of the individually insured RN and do not reflect payments made on behalf of any other parties who may have been involved in the claim. Amounts paid on behalf of other co-defendants named in the case are not available.)

practitioners’ attention regarding the necessity to improve medication management and error reporting processes. However, dispensing and administration lapses, which are often difficult to defend in the event of a malpractice claim, continue to occur. By following the suggested actions, among others, nurses can assist in reducing the liability associated with medication errors:

Medication administration errors represent a significant concern, especially in high stress/high patient acuity locations. Whether in an acute care facility or their own home, patients have the right to safe care. For this reason, nurses must be cognizant of the medications they are administering, their side effects, and the potential drug-to-drug interactions.

These are illustrations of actual claims that were managed by the CNA insurance companies. However, every claim arises out of its own unique set of facts which must be considered within the context of applicable state and federal laws and regulations, as well as the specific terms, conditions and exclusions of each insurance policy, their forms, and optional coverages. The information contained herein is not intended to establish any standard of care, serve as professional advice or address the circumstances of any specific entity. These statements do not constitute a risk management directive from CNA. No organization or individual should act upon this information without appropriate professional advice, including advice of legal counsel,

given after a thorough examination of the individual situation, encompassing a review of relevant facts, laws and regulations. CNA assumes no responsibility for the consequences of the use or nonuse of this information.

This publication is intended to inform Affinity Insurance Services, Inc., customers of potential liability in their practice. This information is provided for general informational purposes only and is not intended to provide individualized guidance. All descriptions, summaries or highlights of coverage are for general informational purposes only and do not amend, alter or modify the actual terms or conditions of any insurance policy. Coverage is governed only by the terms and conditions of the relevant policy. Any references to non-Aon, AIS, NSO, NSO websites are provided solely for convenience, and Aon, AIS, NSO and NSO disclaims any responsibility with respect to such websites. This information is not intended to offer legal advice or to establish appropriate or acceptable standards of professional conduct. Readers should consult with a lawyer if they have specific concerns. Neither Affinity Insurance Services, Inc., NSO, nor CNA assumes any liability for how this information is applied in practice or for the accuracy of this information. 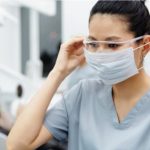 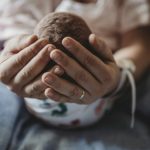 In Battle Over Baby Blood, Michigan Case Could Have Implications In N.J.Nurses Weekly