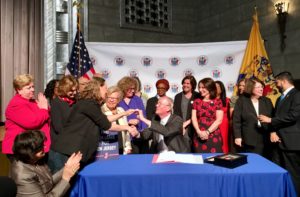 The legislation will give employees the ability to stay home when sick and use earned sick time to get paid, once the law goes into effect in 180 days.

Under the bill, New Jersey workers will earn one hour of sick time for every 30 hours worked, up to a maximum of 40 hours (five days) in a calendar year. These hours can be used for the employees’ illness, preventative medical care and dependent care.

This flu season is the perfect example. Four New Jersey children have died from influenza, and at least 114 children have perished nationally this year. More than 63 adults have died from the disease this season. There are almost 24,000 laboratory-confirmed flu cases reported in New Jersey residents as of late April, according to the New Jersey Department of Health. Schools closed because so many employees and pupils are becoming ill.

“My colleagues in the Legislature and Gov. Murphy recognize that workers should not have to make a choice between caring for their own or their family members’ health and receiving a paycheck,” said Senator Loretta Weinberg (D-37), one of the bill’s sponsors. “I am happy to see this bill signed into law today because it is past time that New Jersey treats earned sick leave as a basic workers’ right.”

“I’m proud to stand with Gov. Murphy as he signs this groundbreaking legislation to guarantee workers throughout New Jersey the ability to earn paid sick days, ensuring they no longer have to choose between their health and their economic security,” added Assemblywoman Pamela Lampitt (D-6), one of the bill’s sponsors. “There are over 1.2 million employees in New Jersey who previously could not take a day to care for themselves and their families, but this law will ensure that these individuals have access to the earned sick days they deserve.”

All too often, the employees who go to work sick are those in lower paying jobs, such as retail and other minimum wage positions, without paid sick days. More than three-quarters of Garden State food service and hotel workers do not have a single paid sick day. Child care center and nursing home workers also overwhelmingly lack paid sick days and they are the ones caring for the state’s most vulnerable and medically fragile residents.

Disadvantaged employees feel compelled to come to work while they are sick, sneezing or coughing. As a result, they expose co-workers and customers to their germs. Employer paid sick days will reduce the spread of extremely transmittable viruses—such as influenza, norovirus or stomach flu and the common cold—while encouraging employees to take care of themselves with well visits to the doctor long before an illness requires a trip to the emergency room.

“Now that people have the option to take time off for medical care, their illness is less likely to become an emergency. It is far less expensive to treat a patient in a doctor’s office or urgent care clinic than in the hospital emergency room,” Schmidt said. “Earned sick days will help mitigate the rising costs of health care in this state as fewer people become ill because sick people will now be able to stay home and not worry about losing a day’s pay.”

In addition to NJSNA, Health Professionals & Allied Employees (HPAE) and the New Jersey Time to Care Coalition also advocated for the legislation. 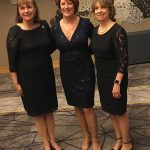 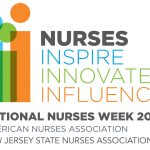