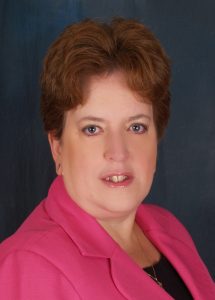 NJSNA represents the interests of 125,000 registered nurses and advanced practice nurses as an advocate for the nursing profession in New Jersey. Its nonprofit foundation, Institute for Nursing, helps nurses further their careers by providing continuing education, scholarships and research grants in addition to invaluable networking opportunities.

‟Judith is a dedicated nursing leader committed to NJSNA who has served as an exemplary role model,” said Norma L Rodgers, BSN, RN, CCR, president of NJSNA, and Institute for Nursing (IFN). “She has exhibited leadership under pressure in a constantly changing professional association environment.  She handles challenges with grace, patience and a level head.  I look forward to working with her as CEO to sustain and grow NJSNA.”

Schmidt is the immediate past president of NJSNA, and has been serving as the interim chief executive officer since December 2014.

“As the new CEO of NJSNA, I am looking forward to bringing the organization to the next level,” said Schmidt. “Through collaboration and cooperation with the many health care and nursing organizations, I believe NJSNA will see continued growth in membership and increased recognition as the voice for the profession of nursing in New Jersey.”

A long time NJSNA member, Schmidt has been elected to many leadership positions, such as American Nurses Association delegate, NJSNA vice president and NJSNA Region 6 president.  As a NJSNA past president, she served as chairman of the association’s foundation, the Institute for Nursing.  In addition, Schmidt is a member of the Philippine Nurses Association and National League for Nursing.

For more than three decades, Schmidt has practiced at Community Medical Center in Toms River, where she is currently the nurse educator for the night shift staff. In addition, Schmidt serves on the Community Medical Center Hospital Board of Trustees, Foundation Board of Trustees, and Auxiliary Association, currently as its president. As a clinical instructor, she has taught at Seton Hall University, College of Nursing and Ocean County College.

A Seton Hall University College of Nursing MSN graduate, Schmidt was awarded a BSN by Stockton State College and AAS in nursing at Ocean County College.  She holds certifications awarded by the American Nurses Credentialing Center (ANCC) Board in Critical Care and the NAON in Orthopedic Nursing, and previously by ANA in Nursing Administration.  Community Medical Center named Schmidt as Employee of the Year in 2013.

The New Jersey State Nurses Association (NJSNA) represents the interests of 125,000 registered nurses and advanced practice nurses as an advocate for the nursing profession. Its nonprofit foundation, Institute for Nursing, helps nurses further their careers by providing continuing education, scholarships and research grants in addition to invaluable networking opportunities. NJSNA’s lobbying arm continues to protect the nursing profession through legislative victories. NJSNA, which was established in 1901, is a constituent member of the American Nurses Association. For more information, nurses can visit www.njsna.org or contact NJSNA at njsna@njsna.org or (609) 883-5335. 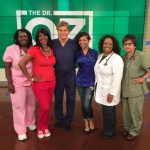