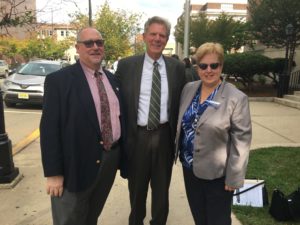 TRENTON, N.J.—Oct. 6, 2017—Representatives from the New Jersey State Nurses Association (NJSNA) continued to demand that the federal government study the impact of gun violence on the healthcare system at a rally today with Congressman Frank Pallone’s (D-6) and Congressman Bonnie Watson Coleman (D-12) at City Hall in New Brunswick in response to the mass shooting incident in Las Vegas.

“We would like to see the removal of language that bans the Centers for Disease Control and Prevention (CDC) from doing a study and research of how gun violence is a public health crisis and how it’s impacting the healthcare system,” said NJSNA President Benjamin Evans, DD, DNP, RN, APN. “As healthcare providers we need to figure out the root cause of these incidents. Just labeling someone as ‘crazy’ or mentally ill is not the answer and only serves to continue the stigma on people who are truly mentally ill. In order to help the communities we live in, we need that data to understand why these incidents keep happening—is it terrorism, is it radicalism or is it truly a mental defect?” 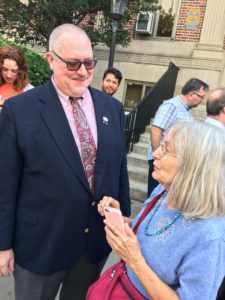 With almost 60 casualties and more than 500 injured by a gunman who fired into a crowded country music festival, NJSNA continues its work advocating for a gun violence study.

“As nurses, we deal with the fallout from these events as we treat the victims and their families. Our time with them is not brief, as we look at them holistically,” Evans said. “After the flesh wounds have healed we are left with the mental health issues that take years, if ever, to overcome. Many are left suffering with post-traumatic stress disorder, constant depression, anxiety or other mental illnesses that require lengthy treatments. This is a stressor on our healthcare system that seems to be forgotten, but is a burden on taxpayers and insurance companies, victims and families.”

A CDC study would pinpoint where the public health issues from gun violence exist, Evans said. 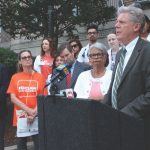 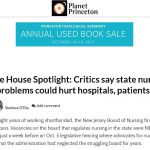