How Can We Improve the Hospital Discharge Process? | | New Jersey State Nurses Association

How Can We Improve the Hospital Discharge Process? 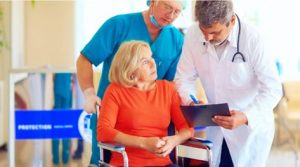 Imagine, if you will, that tomorrow is the day you’re finally going home from the hospital.

Let’s imagine that you ended up there after you developed some unusual new symptoms and saw your primary care doctor, who after taking your history and doing a physical, did some testing and referring that led down a couple of pathways that at first yielded nothing, and then finally a diagnostic procedure was performed.

Or else things came to a crescendo, things were just getting worse, with everything we had tried not helping, and the decision was made that the safest course was to bring you into the hospital. Or suppose — another possibility — the thing came out of the blue, a thunderclap event, a massive stroke, an acute myocardial infarction, a massive gastrointestinal bleed.

In any case, your hospital course ensued, things started out with your health status at a certain critical point, and the inpatient teams and consultants worked to get you to a better place. Just as in the outpatient world, they tried one thing, then another, then finally settled on a plan that seem to be working, and everything, most everything, was moving in the right direction. Still tenuous, still sick, but hopefully better than the day you got there, a decision was made that it was now safe to go home.

Wouldn’t that be the time when it would be really great to have everything set up, everything lined up just right, nothing left to chance, and a backup plan in place in case these best laid plans fell apart?

Over the past few weeks, we’ve had a number of unfortunate situations where patients had been sent home, from our hospital and others, with very little communication about what was supposed to happen next — newly diagnosed serious illnesses and complex medical conditions, sent home on new complicated regimens with no follow-up arranged. It just makes sense that when it’s time for you to go home, everyone should be on the same page about what should come next, who’s responsible for what, and who to reach out to for help and answers to questions that you might have going forward.

We have seen patients with limited health literacy sent home with no idea what their diagnosis was, on a new medication regimen they had no idea how to take, and no follow-up appointment with the specialists they need to see or any of the people who took care of them in the hospital arranged.

When things work well, it is amazing to see a well-oiled, efficient machine taking great care of patients. People go home with a clearly outlined set of tasks for them to take care of, as well as follow-up appointments with multiple providers, all of whom have been informed about what their roles are and what they should help patients get done to move them towards a better place.

A call to the in-patient team is often fruitless, as providers have changed services or are post-call. And patients in the outpatient world have ceased to “belong” to the inpatient teams. On the other hand, a call to the office of the doctor they might be scheduled to see days/weeks/months from now often ends with the patient being told to go back to the emergency room, since this new provider has never seen them and cannot offer medical advice/care. And even when we finally see them in primary care, we discover that their medication list is inaccurate, that no one has put down in their past surgical history the surgery they just had performed in the hospital, nor added in the multiple new diagnoses that were just made to their problem list or past medical history.

Clearly this is all incredibly labor-intensive stuff, and the inpatient teams — including the hospitalists, surgical teams, and subspecialists — are all incredibly busy. I’ve written before about how everyone needs more help, to build a better system to take care of people at every step of their healthcare, to ensure that all these things get done right the first time around, and if not then we fix them. But if you found a major flaw in a system on which lives depended, wouldn’t you want to know that that system was flexible enough to allow it to be fixed immediately?

A System We Could Be Proud Of

The answers lie in more support, more human resources, smarter electronic medical records, and removing inefficiencies that prevent people from doing the jobs they need to do. Wouldn’t we all like to work in a healthcare system that we could be proud of and confident in — one that we would be glad to let our children/parents/grandparents use?

I’ve written before about how clunky and clumsy a communication device the discharge summary is for most hospitals — a massive data dump of copy-forward information from admission notes, and regurgitation of every laboratory and imaging test done, with a brief set of telegraphed instructions and plans at the end. Even when we look within our own system, trying to figure out what happened, there is an overwhelming amount of stuff there that just seems to get in the way.

The other day, trying to find out what had happened to my patient, I spent almost half an hour sorting through a morass of notes from multiple people who’d obviously been tasked with being involved in the care of the patient, although for the life of me I couldn’t figure out what any of them were doing. In the end, all I needed was the facts: what the patient presented with, what everyone thought was going on, what they tried, what worked and what didn’t, what was the final pathway on which they decided to proceed down, and then the goals and responsibilities for the rest of us taking care of the patient in the future.

No patient should go home from the hospital without the best information, being as fully educated as possible about what has happened and what comes next. We owe it to them, just as we would want this done for any member of our own family coming to any hospital anywhere in this country. If we don’t figure out how to do this better, if we can’t clean these things up and build a kinder, gentler system that is easier for everyone to work in and gets the information across to those who need it in a timely fashion, we are doomed to continue supporting a flawed system that does things over and over again in a way that just doesn’t get us to where we want or need to be.

So, as you now prepare to go home from the hospital, think about how you’d want things to be, what you’d want to know, what you’d want to happen next, who you should call when you’re just not feeling right at home tonight. Wouldn’t you like to know that everyone out there is waiting to help take care of you in the best way possible?

Sleep tight; someone’s probably coming to pick you up in the morning. 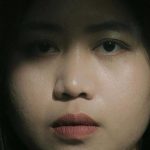 Nurses Who Faced Lawsuits for Quitting Are Fighting BackNurses Weekly 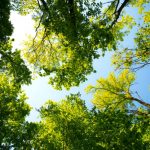