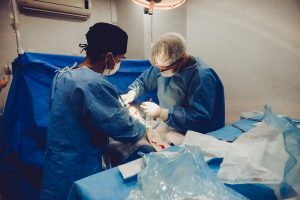 U.S. hospitals and staffing companies are extracting roughly 1,000 nurses each month from poor countries instead of recruiting and training Americans for the nursing jobs, say media reports.

About 1,000 nurses are arriving in the United States each month from African nations, the Philippines and the Caribbean, said Sinead Carbery, president of O’Grady Peyton International, an international recruiting firm. While the United States has long drawn nurses from abroad, she said demand from American health care facilities is the highest she’s seen in three decades. There are an estimated 10,000 foreign nurses with U.S. job offers on waiting lists for interviews at American embassies around the world for the required visas.

This medical migration of nurses and doctors “ultimately is about the money” for the medical sector, said Kevin Lynn, founder of Doctors Without Jobs.

The New York Times article admitted the central role of economics in the healthcare migration with a headline saying: “Rich Countries Lure Health Workers From Low-Income Nations to Fight Shortages.” That’s a sharp break from the newspaper’s usual migration coverage, which overwhelmingly focussed on migrant family dramas rather than economic impacts.

“The medical establishment, just like any other corporation, is looking for efficiency — faster, cheaper,” said Lynn, who campaigns for American medical graduates who lose vital training slots in government-funded residency programs to imported foreign medical graduates.

But the employers’ desire for imported foreign doctors and nurses is also a labor-rights and healthcare quality issue, he added. “It’s not just about them being less expensive — it’s about them being more pliable because they’re chained [by their conditional visa] to the employer.” Without citizenship that allows them to live and work in the United States, the imported nurses, doctors, and therapists cannot argue against cost-cutting policies by the executives who have the legal power to send them home.

The failure to train and hire Americans for nursing and doctor jobs also leaves fewer nurses and doctors for poor people in the developing countries, such as Zambia, according to the New York Times. 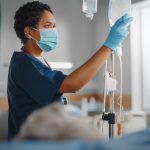 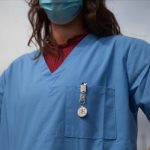