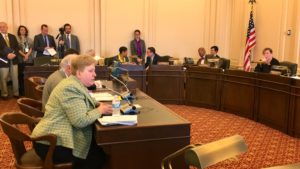 With more than 20,000 people sick with the flu in NJ this year, paid sick days are a matter of good public health. Perhaps if paid sick days were available to all New Jersey workers, the epidemic might not have been so bad.

People have been forced to choose between earning money to feed their families and put a roof over their heads or taking an unpaid sick day in this state, which has one of the highest costs of living in the United States. U.S. News and World Report ranks New Jersey #40 out of 50 states in its affordability rankings. We have a poverty rate of about 10 percent and about 65 percent of the population earns $50,000 or more annually. Think of all your expenses—home, car, groceries and insurance—could you survive on $50,000 per year after taxes? Do you think you could you do it as a single person, never mind having a child?

All too often, the employees who go to work sick are those in lower paying jobs, such as child care, nursing home workers, food service and other minimum wage positions, without paid sick leave. Child care center and nursing home workers overwhelmingly lack paid sick days and they are the ones caring for the state’s most vulnerable and medically fragile residents.

Employer paid sick days would reduce the spread of extremely transmittable viruses such as influenza, norovirus or stomach flu and the common cold while encouraging employees to take care of themselves with well visits to the doctor long before an illness requires a trip to the emergency room.

We’ve all been in the situation where someone comes to work sick and two days later almost everyone else in the office has whatever they had too, just like at school where one child comes in with an illness—the flu, chicken pox or a stomach bug—and makes the whole class sick.

It’s too late for this year, but next year we could see the spread of illness reduced with paid sick days. No employee should have to make the choice between staying home sick or making money to pay their bills, it’s a matter of good public health. 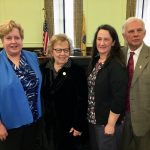 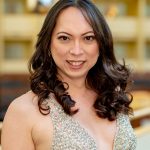 RWJ Nurse Recognized as Diva for Work with LGBT CommunityNews