Are You Prepared for a Catastrophe? | | New Jersey State Nurses Association

Are You Prepared for a Catastrophe?

On average, American colleges and universities with nursing programs offer about one hour of instruction in handling catastrophic situations such as nuclear events, pandemics or water contamination crises, according to two recent studies.

“Events that can cause greater impact but are less likely to occur usually receive less training hours,” said Roberta Lavin, executive associate dean and professor in UT’s College of Nursing. Lavin is coauthor of the studies published in the Journal of Perinatal and Neonatal Nursing and Nursing Outlook.

The studies’ results come from two surveys that were sent to all colleges and universities that offer nursing programs in the United States.

“Emergencies are not just the exact moment a disaster hits; it is also the aftermath. How do we evacuate a town? How do we carry out care for other chronic, sometimes life-lasting consequences that derive from these situations? That is the big challenge,” said Lavin. 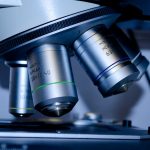 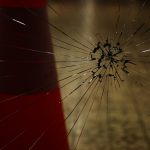