The American Nurses Association has issued a statement apologizing to nurses of color and ethnic minority nursing organizations for the group’s contributions to systemic racism.

“Throughout our history, the American Nurses Association has sought to lead nursing into the future,” the statement begins. “Through acts of omission, when we failed to act, and commission, when ANA’s actions negatively impacted nurses of color, we have caused harm and perpetuated systemic racism. This statement serves as a starting point for a journey during which we seek to acknowledge past actions that continue to impact the profession today and as a starting point of a new journey toward the future.”

The ANA released the statement July 12 as part of what it deems its racial reckoning journey. It highlights examples of circumstances when the ANA did not include and represent the views and needs of nurses of color.

One example cited is the exclusion of Black nurses from 1916 until 1964.

“The Nurses’ Associated Alumnae became the American Nurses Association, and in 1916, the membership rules shifted away from an alumnae-based membership to that of a state- and district-based membership,” the statement said. “This resulted in Black nurses being denied membership in some state nurses associations. Despite significant advocacy and pressure from the National Association of Colored Graduate Nurses, this discrimination persisted.”

The statement said that “by 1964 there were no tangible rules preventing membership for nurses of color, [but] it was evident that exclusionary practices and a failure to represent all nurses remained.”

The letter concludes with an apology and a list of actions being taken by the ANA. Actions include remaining a partner in and supporting the National Commission to Address Racism in Nursing as well as backing appropriate representation and inclusion in educational material.

The ANA is not the first group to apologize for contributions to systemic racism. The American Psychological Association also issued an apology last year.

Do You Want a COVID-19 Vaccination?
Workplace Violence Bill Introduced with ANA Endors...
How to Stop Nurses from Leaving
Quick Links
Upcoming Events 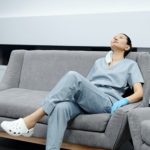 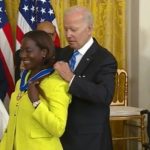