How Would RaDonda Vaught Fare in NJ?

The recent case of a criminal conviction against a registered nurse sent shivers down the spine of health care professionals everywhere.

If you’re not familiar with the incident, it involved RaDonda Vaught, a nurse who was working at Vanderbilt University Medical Center in Nashville, Tennessee in 2017. One of her patients was recovering from a recent brain aneurysm and required a PET scan. The patient was ordered Versed for sedation. When Vaught went to pull the Versed from the automated medication dispensing unit, she was unable to find the drug at first, and pulled out Vecuronium instead. She used the override feature on the medication dispensing unit, something that Vaught later said nurses had to do for every medication. According to her, the EMR system at Vanderbilt was not interfacing with the medication dispensing unit at the time and nurse had to use the override feature for “everything,” even saline.

After pulling the medication, Vaught failed to confirm that it was the right drug ordered. She administered the Vecuronium, a paralyzing agent, to her patient. The drug paralyzed the patient’s respiratory system and she stopped breathing, and later died of hypoxic brain injury. According to MSN, Microsoft News Vaught admitted the error to her manager but the hospital never reported it to the State, which was a violation of Tennessee’s reporting requirements. Centers for Medicare and Medicaid Services (“CMS”) later threatened to pull Vanderbilt’s Medicare and Medicaid payments. The Tennessee Board of Nursing originally decided not to pursue disciplinary action against Vaught, finding that the case “did not constitute a violation of the Statutes and/or rule of governing the profession.” However, the agency later reversed its decision, and brought disciplinary charges against her for patient abandonment, negligence, and failing to maintain an accurate patient record. The Board eventually revoked her license.

The concerning twist in this case came when Nashville District Attorney Glenn Funk pursued criminal charges against Vaught for “reckless homicide” and “gross neglect of an impaired adult.” Those not familiar with the legal system might be confused over the different kinds of trouble Vaught found herself in because of this incident. As explained in more detail in, Understanding the New Jersey Nurse Practice Act: Scope, Standards, and Delegation, health care professionals can face three types of legal trouble from their work: licensing discipline, civil tort, and criminal action. The first two are by far the most common. Licensing discipline is when the Board of Nursing (or other health care licensing board) takes action against a licensee for her failure to follow the scope of standards of practice of her respective profession. Board actions can result in public censure, fines, suspension, and, in severe cases, revocation of a license.

The second scenario is the most common reaction to medical errors: civil suits. This is when a patient or patient’s family sues the provider(s) in civil court in an effort to obtain a monetary payment. In other words, civil suits are all about the Benjamins. This is the subject at issue when people talk about “medical malpractice” and “tort reform.” If you’re a professional with malpractice insurance, this is the type of action that your insurance would cover by providing you with a lawyer and paying a settlement or judgement to the patient. Although insurance policies differ, most have limited or no coverage for actions taken against a person’s license or defense of criminal charges related to your work as a professional.

The third scenario is the most dreaded, and the one at issue here: criminal liability. Criminal liability is different from civil liability in that, unlike payout out money in civil court, a professional convicted of criminal charges could go directly to jail, without passing Go or collecting their $200. Up until the Vaught case, medical professionals were rarely prosecuted for mistakes. This new and concerning twist is possible because the modern view of criminal law has strayed from its traditional roots. Under traditional criminal law, a person needed to have a “mens rea” as a prerequisite to being charged with a crime. Mens rea is Latin for “guilty mind.” In other words, a person must intend to take the action that is criminal to be charged with a criminal offense. In this case Vaught did not intend to inject the patient with Vecuronium and certainly did not intend to kill her. Thus, under traditional the view of criminal law, Vaught would have never been charged.

As you may know, there is a criminal charge of “manslaughter” that is sometimes used when the defendant lacked the intent to kill. How is this different? With manslaughter, the defendant still has intent. For example: two men get into a fight in a bar. We’ll call them Ben and Jerry. Ben intends to punch Jerry, and intends to hurt him. Ben does in fact punch Jerry, but Jerry falls backwards hitting his head on the hard ground. Jerry develops a brain bleed and later dies. Ben could be charged with manslaughter because he intended to punch and hurt Jerry, but not kill him. But the intent to do harm was still present. The manslaughter scenario is different from the charges in the Vaught case, which involved negligence and reckless homicide.

Negligent homicide – the crime Vaught was eventually convicted of, is a more recent criminal invention and laws differ by state. For example, New Jersey does not have a general criminally negligent homicide law, though it does have criminal negligence laws related to driving cars. As a result, prosecuting a person in Vaught’s shoes would be harder to do in New Jersey. But what is negligent homicide, exactly? Negligence is a standard usually used in civil case. If a person does not act in a way that a reasonable, prudent person should act, then that person is said to be negligent. In the case of a nurse, if the nurse fails to act in the same standard as a reasonable, prudent nurse should act by following her scope and standards of practice, then she is said to be negligent. In a criminal context, if any person – such as a nurse – fails to act in a reasonable and prudent way and such person’s actions result in the death of another, the person can be charged with negligent homicide.

Vaught was also charged with “reckless homicide,” though not convicted. Reckless homicide is similar to negligent homicide, but the person is accused to acting so far beyond the standard of a reasonable, prudent person – usually for self-interest – that the action resulting in death was more than just a simple mistake. Think about the scene in Dumb and Dumber when Jim Carey is driving the limousine and turns around to stick his head in the back of the cabin in an effort to talk to his love interest. If he hit someone and killed him while doing this, it would be more than a simple mistake. Turning completely around to flirt with a backseat passenger would be reckless. Recklessness usually goes hand-in-hand with a disregard for human life. Regardless of whether the act is negligent or reckless, no intent to do harm is needed for a conviction.

In the case of  Vaught, she may have been negligent but it’s hard to conclude that she was reckless – there is no evidence that she had a disregard for the life of her patient or that she acted out of self-interest. Again, the laws might vary from state to state, but those are the general principles of negligent and reckless homicide.

As you can see, this case sets a very dangerous precedent for health care providers everywhere. A simple mistake, even with no intent to harm or cut corners, could land a health care provider in prison – at least in Tennessee. Even more frightening is that Vaught’s attorney argued that she was overworked and system disfunction contributed to the mistake. All health care workers can appreciate this circumstance. Vaught also admitted her mistake immediately, as we are told to do in a Just Culture and in an effort to reduce future mistakes. Despite these facts, on March 25, 2022, a jury found her guilty of gross negligence of an impair adult and negligent homicide. They acquitted her on the more serious charge of reckless homicide. She faces three to six years in prison for these convictions.

One thing not discussed in much detail in news articles about this case but explained in Understanding the New Jersey Nurse Practice Act: Scope, Standards, and Delegation, is that the District Attorney in Nashville is an elected position. Although unfair, ordinary health care workers – and anyone else for that matter – can get caught up in the system. For example, an overzealous prosecutor could bring charges against a health care provider based on a mistake in an effort to advance a District Attorney’s political career.

In summary, this case sets a very dangerous precedent not only for nurses but for anyone who works in health care. In fact, it sets a dangerous precedent for anyone who doesn’t salt their driveway in a timely manner, which could also, theoretically, lead to a criminal homicide charge should a person slip and fall on the ice, and later die. Nursing organizations and other groups that have chastised this decision are not overreacting or being “dramatic.” It sets all of us on a dangerous path. It also exerts a chilling effect on hospital Just Culture and other safety initiatives that thrive on honest disclosure of mistakes. Nurses should protect themselves as much as possible by knowing their Nurse Practice Acts and understanding how work within their scope and standard of practice. Meanwhile, all citizens everywhere should speak out against the use of criminal law against people who make mistakes. 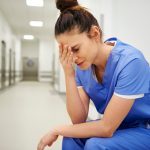 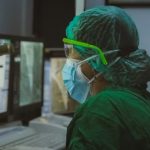